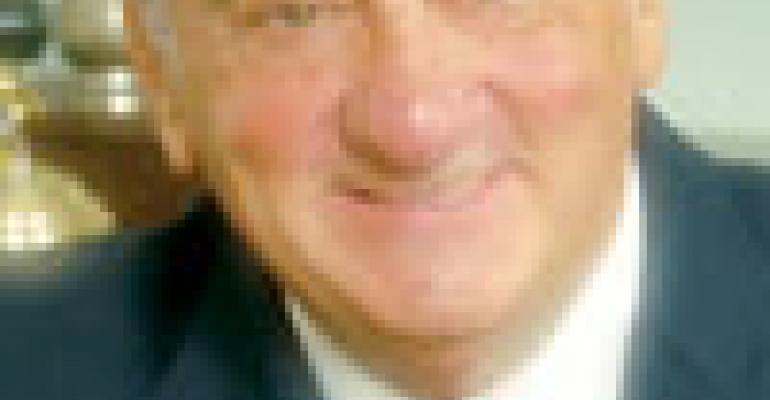 JOE AMENDOLA, ambassador of The Culinary Institute of America and founder of Fessel International, died Jan. 23, at the age of 87.

ROCKY AOKI, the founder of the Benihana chain, died July 10 at the age of 69.

NEAL T. BAKER, who helped Glen Bell build a hamburger stand that would evolve into the Taco Bell chain, died May 31. He was 84.

PHILLIP S. COOKE, a lifelong food-service communications specialist who served as editor in the early 1960s of the publication that became Nation’s Restaurant News, died of a heart attack Oct. 24. He was 76.

AL COPELAND, founder of the Popeyes Chicken & Biscuits and Copeland’s of New Orleans chains, died March 23 at a clinic in Germany where he was being treated for cancer of the salivary gland. He was 64.

RUTH CULVER, a co-founder of the Culver’s frozen-custard chain, died Oct. 2. She was 84.

RAYMOND L. DANNER SR., a businessman who helped build the restaurant chain Shoney’s, died of cancer at his home July 26. He was 83.

O.B. GOOLSBY JR., who was president and chief executive of poultry producer Pilgrim’s Pride, died Dec. 17, 2007, two days after suffering a stroke while on a hunting trip. He was 60.

PAUL GORDON, chairman of Gordon Food Service, died May 6 at home after a brief bout with cancer. He was 84.

WILBUR HARDEE, founder of the Hardee’s quick-service chain in 1960 and 85 other restaurant concepts throughout the Southeast, died June 20. He was 90.

Fast-food legend CARL N. KARCHER, whose $326 investment to launch a Los Angeles hot dog cart in 1941 grew into the 3,000-plus-branch CKE Restaurants Inc., died at the St. Jude Medical Center Jan. 11 from complications of pneumonia and Parkinson’s disease. He was 90.

Pioneering chef-restaurateur ED LADOU, whose innovative and eclectic pizza recipes helped bring fame to Wolfgang Puck’s Spago and the California Pizza Kitchen chain when they debuted in Los Angeles in the 1980s, died of liver cancer Dec. 27, 2007. He was 52.

DON MOREHOUSE, president and chief executive of the Slaymaker Group, a franchise company that owns all the T.G.I. Friday’s and Winger’s Restaurants in Utah and Idaho, drowned July 26 while competing in a triathlon in Burley, Idaho. He was 60.

STEWART OWENS, a former chairman and chief executive of family-restaurant operator Bob Evans Farms, died Sept. 18 after a battle with gastric esophageal cancer. He was 53.

HERB PETERSON, the McDonald’s franchisee who invented the Egg Mc-Muffin, died at his home March 25. He was 89.

IRVINE “IRV” ROBBINS, co-founder of the Baskin-Robbins treats chain and a pioneer of exotic ice cream flavors, died May 5. He was 90.

J.R. “JACK” SIMPLOT, the founder of restaurant industry supplier J.R. Simplot Co. and a key figure in the early growth of quick-service chains like McDonald’s, died at his home May 25. He was 99.

TOMMY TOY, a longtime fine-dining operator in San Francisco, died Feb. 25 complications from pneumonia. He was 72.