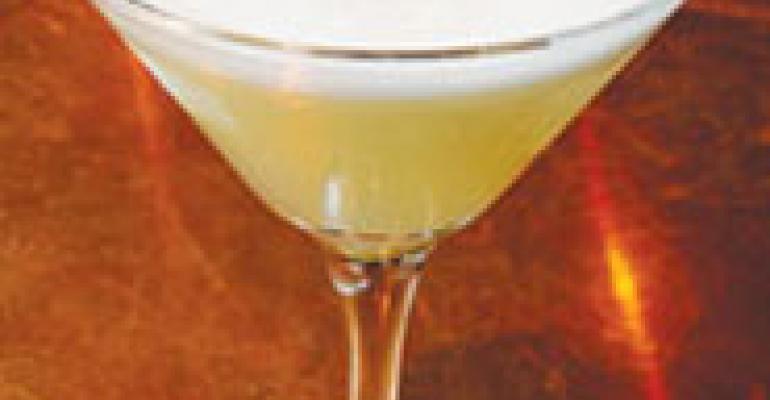 2008 The Year in Review: Beverage trends

THE COFFEE WARS BREWED ON as quick-service chains sought to expand their menus with high-margin beverages and capture more of the breakfast market. Earlier in the year, McDonald’s said it would roll out its McCafe coffee bars, where baristas offer cappuccinos, mochas and an ice-blended coffee drink called a Frappe.

PREMIUM AND HEALTHFUL INGREDIENTS FLOWED.Jack in the Box unveiled a Real Fruit Smoothie line in April, and Red Mango and Pinkberry both extended their tart-yogurt offerings with beverages made from fruit and yogurt. Jamba Juice debuted a line of Yogurt & Fruit Blends.

DECADENCE REARED ITS HEAD. San Diego-based D’Lush boasted that its drink menu is both naughty and nice, with decadent shakelike drinks and yogurt-based and sugar-free ones as well. Burgerville’s indulgent offerings also played up their local connections with the Chocolate Hazelnut Milkshake, made from ice cream from a local dairy and hazelnuts grown in the Pacific Northwest.

SOME SMOOTHIES TOOK ON SOME HEFT. Jamba Juice launched a breakfast menu in March that featured so-called “chunky smoothies” topped with granola and/or fruit. One chunky smoothie is made with fresh bananas, strawberries, organic granola and peanut butter blended with soymilk and nonfat yogurt.

THE SECOND GOLDEN AGE OF THE COCKTAIL was lauded by historian Dave Wondrich during a celebration of the 75th anniversary of the repeal of Prohibition in December. Among those operators bringing cocktails into the present were The Palm steakhouse, which this year introduced a new handcrafted cocktail menu. Meanwhile, classic cocktails such as the martini, mai tai and Champagne cocktail took on new twists. For instance, PF Chang’s unveiled a new drink menu in August featuring such concoctions as the Chinese 88, a variation on the classic French 75.

BITTERS AND TINCTURES returned to style, adding complexity to drinks like Manhattans and pisco sours.

HOUSE-MADE ADDITIONS WERE THE RAGE, helping drink specialists recreate lone-gone ingredients or introduce new flavor combinations. For example, Eben Freeman of Tailor in New York helped fashion the Waylon, a smoked cola and bourbon drink, featuring cola syrup smoked in Tailor’s kitchen. Freeman created a mole tincture through a process called gel clarification to make his South Central cocktail. He also infused rum with Indian spices to create a garam masala rum for his Garam Masala Mai Tai. In addition, Ruth’s Chris developed its own limoncello to act as a base for several new signature drinks that it introduced this year.

LIBATIONS REFLECTED PHILOSOPHIES. New York restaurants Pure Food and Wine and Counter both offer a wide variety of organic and biodynamic wines. The former features a cocktail list that uses 100-percent organic juices from the restaurant’s juice bar. Awareness of sustainable and green beverages gained attention with events like Tales of the Cocktail’s Eco-Toddy event that highlighted green-friendly libations.