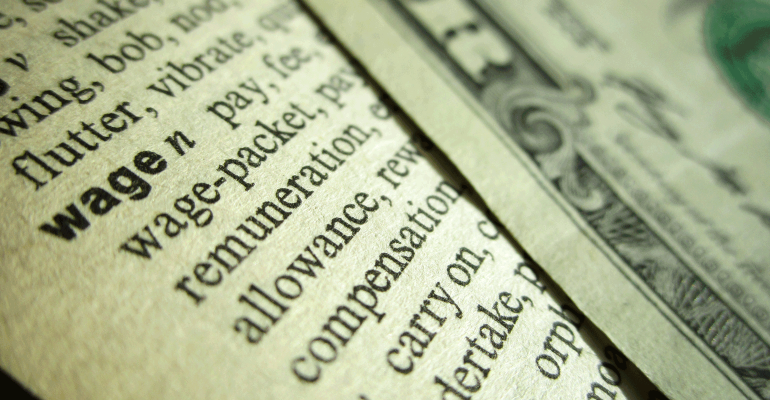 Studies conflict on impact of minimum wage in Seattle

Researchers looking at the rising minimum wage in Seattle came to opposing conclusions on the impact of the higher hourly rate on jobs and employers, feeding an ongoing political debate.

The reports come as a number of states and cities across the country prepare for another round of phased-in minimum wage increases on July 1, including Maryland, Oregon, Washington, D.C., Chicago, Los Angeles and San Francisco.

Out of the University of California-Berkeley last week came the first in a series of market-specific studies looking at Seattle, the first city to enact a gradual increase in the minimum wage to $15 per hour. Berkeley said similar reports to come will focus on Chicago; Oakland, San Francisco and San Jose, Calif.; and New York City.

The study, which looked at employment data before and after the minimum wage increase went into effect, found no evidence of job loss in Seattle’s restaurant industry, even as hourly pay reached $13 for workers in larger companies. The full $15 minimum wage will be phased in for all workers in Seattle by 2021.

“Seattle’s minimum wage law is working as intended, raising pay for low-wage workers, without negatively affecting jobs,” said Michael Reich, professor and lead author of the report, and co-chair of the Center on Wage and Employment Dynamics at the Institute for Research on Labor and Employment. “These findings are consistent with the lion’s share of rigorous academic minimum wage research studies.”

Meanwhile, researchers from UW in Seattle came to a somewhat different conclusion in a report released Monday. There was no loss of jobs by headcount, UW researchers agreed, but workers did work fewer hours, fundamentally cutting their pay.

UW analyzed hourly employment in all sectors, not just restaurants, and found that the second phase of the city’s increase, which brought the minimum wage from $11 per hour in 2015 to $13 per hour in 2016, reduced hours for workers in low-wage jobs by about 9 percent, resulting in a loss of 3.5 million hours worked per quarter.

Consequently, total payroll fell for those jobs, implying that the wage increase actually lowered employee earnings by about $125 per month in 2016, despite the 3-percent wage increase.

“These results suggest a fundamental rethinking of the nature of low-wage work,” the report’s authors wrote.

Both reports were embraced, respectively, by opposing sides on the issue.

Seattle Mayor Ed Murray hailed the Berkeley report, saying in a statement, “When we passed the $15 minimum wage, we were warned the economy would tank, jobs would dry up and employers would flee. Today Seattle’s economy is the strongest it has ever been, unemployment is at a historically low rate, and employers are competing for employees. Raising the minimum wage was not just the right thing to do, but the smart thing to do.”

Jillian Henze, a spokesperson for the Seattle Restaurant Alliance, cautioned that it’s still early, and the effects of the minimum wage law are still being evaluated.

“These opposing results create a muddy picture of the minimum wage impacts,” she said in a statement. “We look forward to learning more when UW presents its findings to the council. The UW study needs to be taken seriously by the city.”

Henze added, “There is evidence the business model is evolving in Seattle in response to the new minimum wage and other ordinances the city has been focusing on in the hospitality industry.”

She pointed to research in 2016 produced by UW, which was hired by the city. That report evaluated the first phase of Seattle’s minimum wage increase, when the rate increased from $9.96 per hour to $11.14 per hour.

At the time, UW found the wage hike, combined with a booming Seattle economy, boosted paychecks for lower-wage workers, but it also dampened the employment rate and resulted in a modest loss of hours, limiting the extent to which higher wages translated to higher earnings.

Still, Seattle’s job growth rate tripled the national average during that period, and there was no evidence that the wage hike contributed to business failure, the report said.

The report also found that 62 percent of Seattle businesses raised prices, 30 percent added service charges or fees to deal with the higher labor costs, 30 percent reduced the number of employees, and 11 percent relocated away from Seattle, Henze noted.

Anecdotes from our members echo these patterns, she said. “Employees are our greatest asset and we are committed to complying with the law while seeking to balance equality for our employees who work in the dining room and the kitchen.”

The National Restaurant Association said the UW report concludes what business leaders have been saying for years.

“We are beginning to see the harmful effects of drastic minimum wage increases that previous studies have predicted. We need policies that help small businesses, like restaurants, create more jobs and opportunities,” said Mike Whatley, the NRA’s vice president of state and local affairs.