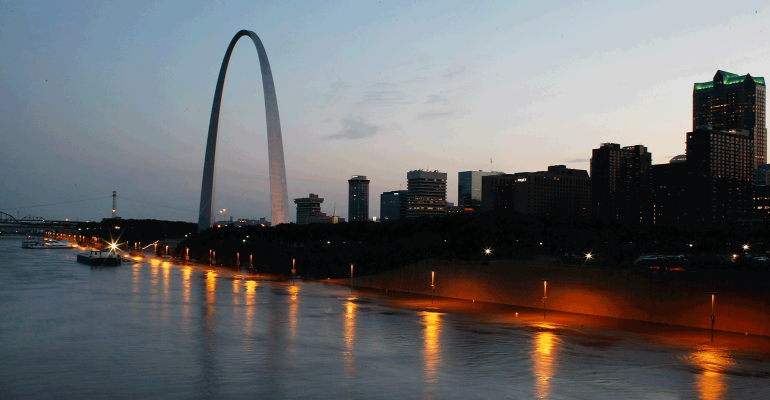 Restaurant owners and other employers in St. Louis, Mo., will face the decision of rolling back minimum wage rates from $10 in the city to the statewide standard of $7.70 an hour as of Aug. 28.

Missouri Gov. Eric Greitens said last week he will allow legislation to go into effect that that blocks local increases in minimum wages and requires the statewide standard. The move will affect the already increased rate in St. Louis, which took effect May 5 after a two-year legal challenge by businesses.

Lyda Krewson, who was elected St. Louis mayor in April, said in May that the state legislature’s block on local minimum wage increases was “a setback for working families.”

“The state has preempted cities from enacting laws on many issues, including guns, cold medicine and now our minimum wage,” Krewson said. “Every city and town in our state does not have the same issues, needs or economy. A big city frequently has different problems than a very small one.”

Messages left at the Greater St. Louis chapter of the Missouri Restaurant Association had not been returned by press time.

St. Louis’ minimum wage law, passed in 2015 but delayed because of legal challenges, called for raising the hourly wage to $11 in January. The statewide minimum wage remains at $7.70 an hour, above the federal level of $7.25 an hour.

However, the governor told the St. Louis Post-Dispatch that municipal wage increases “will kill jobs,” and revealing that he would allow the statewide ban to go into effect. “And despite what you hear from liberals,” Greitens said, “it will take money out of people’s pockets.”

Krewson said she would try to get a minimum wage vote on the ballot.

“I will work with others to get an increase in the minimum wage on the ballot since our state legislature won't address it,” said the mayor of St. Louis, which has about 317,000 residents.

“As the mayor who signed the ordinance in 2014, I know how important it has been for workers in this city,” said Seattle Mayor Ed Murray in a Wednesday article in USA Today. “By raising the minimum wage, we raised incomes for our lowest paid workers and our economy continues to accelerate.”

Murray cited recent studies, which offered differing conclusions on the effect of the wage increase.

A University of California-Berkeley report in June looked at employment data before and after the minimum wage increase went into effect, and it found no evidence of job loss in Seattle’s restaurant industry. However, researchers at the University of Washington in Seattle in a separate study found employees worked fewer hours, which fundamentally reduced their pay.

The Missouri governor’s decision allowing the minimum wage blockade to go into effect without his signature was welcomed by former CKE Restaurant CEO Andy Puzder, who in February withdrew his nomination as U.S. Secretary of Labor.

In a FOX Business interview Thursday, Puzder said: “Missouri gets it.”

The Missouri legislature, Puzder said, is “moving in the right direction, and I think you will see more of this, particularly in states that don’t have this super strong tech economies that they can live off of.”