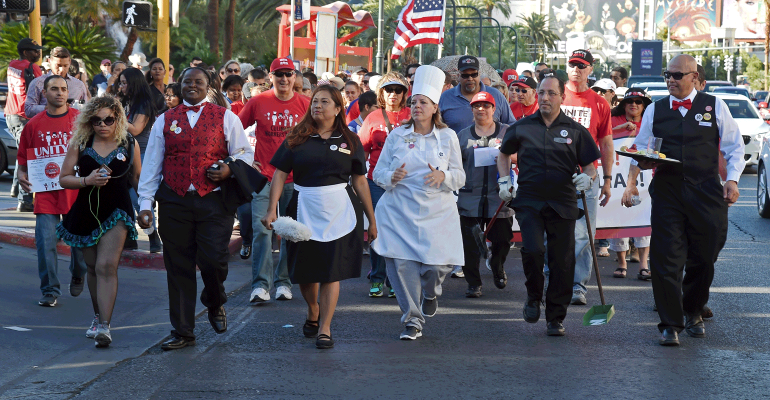 Global demonstrations are growing, and no businesses are immune

Joe Kefauver is managing partner of Align Public Strategies, a full-service public affairs and creative firm that helps corporate brands, governments and nonprofits navigate the outside world and inform their internal decision-making. This article does not necessarily reflect the opinions of the editors or management of Nation’s Restaurant News.

Monday's May Day demonstrations across the country and the world are yet another reminder that we are in a politically precarious position in the U.S.

The intensity of anger within our populace far outweighs the ability of our government mechanisms to address it. Tremendous angst over the impacts of globalization on the economy and environment, or around the massive workforce disruption looming due to automation, are causing people to take to the streets. They are demanding some sort of undefined action to roll back the clock. And governments — whether here or abroad — have very few tools at their disposal to deflect those forces of change.

Nonetheless, in numerous cities throughout the country this week, demonstrations took place on a scale much larger than anticipated. The Chicago march, which appears to be the largest, drew over 20,000 people. Actions also took on a decidedly more local flair than expected. Farmworkers marched in Florida protesting current immigration proposals. Janitors in Minneapolis turned their attention toward Home Depot and Sears, insisting on better wages. Climate change and LGBTQ activists protested in Los Angeles. Demonstrators marched in New York City around the headquarters of JPMorgan Chase. And that’s only to name a few of the events.

Over the last century, May Day had traditionally been an opportunity to highlight the needs and contributions of workers, similar to Labor Day. The Soviet Union temporarily co-opted it to provide an international platform for its "workers’ paradise" of communism. Then, over the last 15 or 20 years, immigration and the needs of new immigrants have taken center stage. But now, the reasons for the protests are all over the board. Essentially, May Day has become the International Day of Anger, and it seems to be getting bigger — and more violent.

For restaurant owners and other retail operators, the willingness to single out specific brands in specific cities with no warning should be alarming. But equally troubling is the unrest within their customer and employee bases.

The “message” is less about a specific issue, and has evolved into a catch-all dragnet for any instrument of the so-called establishment, like prominent corporate brands, and dragging us into the mess is intentional.