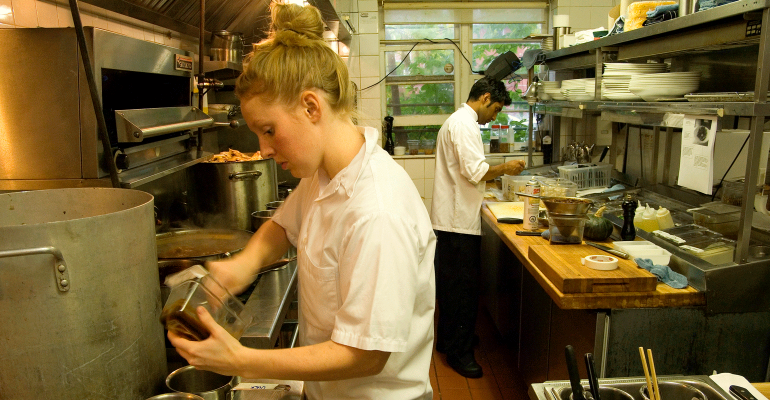 Opinion: Are we headed to the wrong side of history…again?

Like it or not, the sexual harassment issue has come to us

As an industry, we do a fairly good job protecting our brands and business models on the legislative, regulatory and legal front. And some of those fights are very tough and we take a lot of criticism — some unfair, but some earned — especially the bigger the issue gets. It’s the big ones that concern me the most because every so often, we find ourselves on the wrong side of history — in large part because at times we can be a little short-sighted or even tone deaf.

One notable example is smoking. Plenty of people in the business are too young to remember, but our industry fought tooth and nail against local smoking restrictions and outright bans inside restaurants for nearly a decade after the tobacco companies themselves quit fighting the bans (as a result of the Master Settlement Agreement). The retail community quit soon after as well.

We fought on — long after the folks who make and sell the product pulled out. Amazing. We were pedaling — what history has proven to be a nonsensical narrative — that restaurants would go under because their smoking clientele would no longer stay for drinks and dessert, etc. since they had to run home and smoke.

Talk about the wrong side of history. But we got there because we were tone deaf to the national mood outside the four walls of the restaurant on smoking and being realistic as to where the issue was going.

Another example was drunk driving and the .08 blood alcohol content issue.

We had convinced ourselves (and no one else it appears) that such a low level would be catastrophic to the industry, that no one would dare stay for a second glass of wine and it would be the end of the republic as we know it. Wrong. Quite the opposite has happened. The explosion of the alcohol industry in the last decade with the craft beers, wine, and signature cocktails has been a significant factor in the overall success of the restaurant industry the past few years. Not only were we on the wrong side of the social and cultural piece of the issue, we were on the wrong side of the business piece as well. Again, tone-deafness and circular conversations put us on the wrong side of history.

When it comes to some of these business issues that have important social contexts, I often feel like our industry is deep in a mine chipping away at rock after rock wherever the tunnel leads us, oblivious to the cultural and social winds blowing around up on the surface.

As a result, we chip away at the trust consumers have for us at the same time. And now we have a critical national issue on the doorstep of the industry that will give us another important opportunity to decide which side of history we want to be on.

Like it or not, the sexual harassment issue has come to us.

Too many bad actors made the industry extremely vulnerable. After Hollywood and state legislatures before us, the issue is now in our court. After almost a year of sexual harassment stories by notable industry players like Mario Batali, John Besh and others, the stakes have recently gotten much higher.

Anti-industry activists have seized on the issue and are not only arguing that the industry has an inherent culture of sexual harassment, but that the system of tipping itself is the economic underpinning of that culture. That a compensation system where customers can financially reward performance of an employee creates the opportunity for servers to be harassed. The bottom line is that the anti-tipping campaign has formally merged forces with the sexual harassment campaign and they are winning the conversation — at least for now.

In fact, the New York Times has been running regular stories on this issue and a recent Associated Press piece appeared in numerous major dailies across the country – just in the last two weeks.

Folks, this one is not going away and we can’t P&L our way out of it this time. New York City currently has a bill in front of the city council that would mandate all employers provide 80 hours of sexual harassment training a year. Once that passes in however shape or form, it will become a template for countless cities across the country. How we approach that bill, how we enter into the conversation, how we talk about it with not only policy makers but our employees, how we are willing to compromise and accommodate — our collective action —  will be a seminal moment in whether the industry ultimately finds itself on the right side of history or not.

I was recently privy to an industry conversation regarding how operators should take action in New York City. Surprisingly, I learned the subject was not sexual harassment at all as I assumed it would be. No, it was not about the most critical social issue the industry has faced in years. Quite the contrary.

The conversation was about fighting back against a rat infestation regulation. Rat infestation. I kid you not. Here we go again with more tone deafness and circular conversations. I don’t know how far down in the mine you have to dig to unearth that gem, but I sure know it gets you further away from the surface and the matter Americans are fiercely concerned about right now and for the foreseeable future.