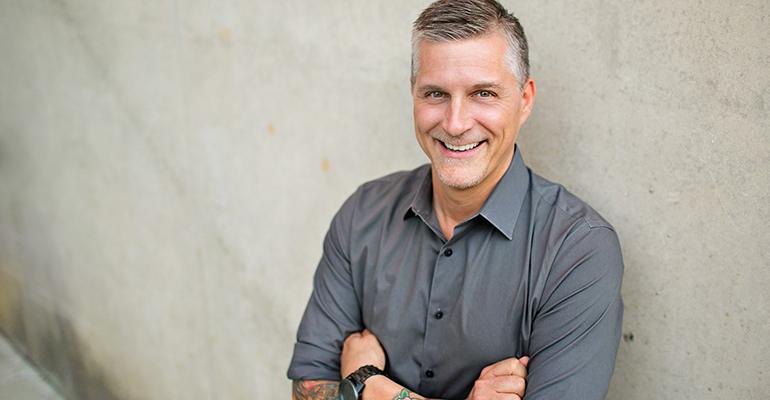 Do you have to leave foodservice to stay sober?

This chef and owner says no

Scott Crawford has been executive chef at some of the Southeast’s finest restaurants, and for nearly 14 years, he has done it sober.    He’s now chef-owner of Crawford and Son in Raleigh, N.C., and the head of the city’s chapter of Ben’s Friends, a support group for food and beverage professionals who struggle with substance abuse and addiction.

Crawford started drinking and using drugs at an early age, “and when I got into food and beverage, I would say that not only did the industry and my mentors and the people around me enable my use — I don’t blame them; we were all in it together — but it was just really encouraged.

“The whole lifestyle — you’re in a place that has alcohol. There’s always alcohol in the kitchen, behind the bar, and after the adrenaline of an awesome service, it was typically followed by chasing that buzz with alcohol, and then usually cocaine.”

Alcoholism was a progressive disease.

“I progressed from someone who could be pretty functional to losing control,” he said.

Eventually, at age 30, he wound up in the intensive care unit with Type 1 diabetes. The autoimmune disease usually occurs in children, but Crawford said his body rebelled against the abuse.

“My body attacked itself and killed my pancreas,” he said. “I nearly died.”

It still wasn’t enough for him to get sober.

“Even getting out of the hospital, I went and got a drink and didn’t really change my lifestyle for almost a year. But I had a couple of scares that year, and some of my friends and my brother … came to me and said, ‘Man, we really think that you’re going to die.’

“That hit home with me, and it was enough to wake me up, and I really believed that they were right.”

Crawford started attending Alcoholics Anonymous meetings. Some members insisted that if he wanted to stay sober, he needed to get out of foodservice.

“I love cooking,” he said. “It’s my absolute passion. It was really, I felt, what had given me some sanctuary and sanity in life. I didn’t want to hear that.”

He knew he had to learn from the recovering alcoholics who had already made the journey.

“There was definitely some knowledge there that they had that I needed to gain, and they helped me tremendously, but I wanted to challenge the notion that you can’t be sober in this industry, and I did.”

Crawford learned ways to work in restaurants while being sober — even while pairing food and wine. Honesty was key.

“I went to my sommelier and said, ‘I need you … I have to tell you I have a problem, I’m getting help and I can’t drink anymore in the cellar as we write these [wine-pairing] menus. What I can do is use you as my palate, and we can still do amazing work together.’ And he was incredibly supportive.” He also joined an all-night gym.

“So, when people would invite me to go out after service — because that doesn’t stop; that sort of lifestyle defined me — I needed something to wind down, I needed something to focus my energy on and I also needed to something to tell people that wasn’t a lie. Maybe I don’t want to share with everyone that I’m an alcoholic in recovery, so I’d say, ‘Hey, man, I started going to the gym after service. Thanks, but I’m not going to go out; I’m going to head to the gym’.”

Things started to get better.

Ben’s Friends was founded by Steve Palmer and Mickey Bakst in Charleston, S.C., and Crawford soon started holding meetings in Raleigh to support others in the industry coping with addiction.

“We actually have people who come who are not in recovery, but who want a different experience and who want to support us,” he said.

“And then they are mixing and networking with lots of people who are in recovery, and guess what? Now we don’t have this feeling of separation and awkwardness and shame. It’s just another party that happens to have spirit-free cocktails and, by the way, delicious food.

Read more:
Coming Clean: Recovering from a culture of substance abuse
Is the notorious world of restaurant partying taking a sober turn?
Why the opioid crisis is a restaurant crisis
Beyond AA: Where restaurant workers go for help
7 practices to avert substance abuse in restaurants
Ron Eyester on sobriety: 'I've honestly never felt worse'
Staying sober while running a whiskey bar
Column: A restaurant employee, an opioid addict, my son
7 things to know about the opioid crisis