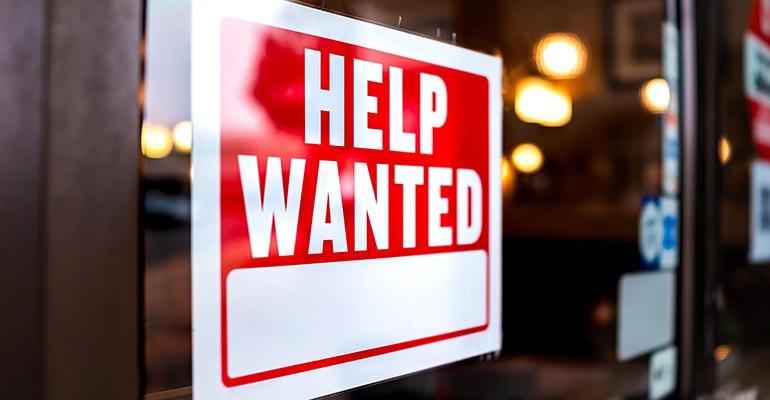 ablokhin / iStock / Getty Images Plus
1 in four restaurant workers surveyed in December said they expect to leave industry within a year.
Operations>Workforce

Restaurants often deal with a restive employee base, but the pandemic and ensuing labor shortage have left an impact, according to a survey of restaurants workers in December.

More than one in four (27%) of workers said they will have left the industry a year from now, according to a December survey by KURU Footwear, which polled 800 U.S. workers, 18 and older, in the food/restaurant service industry.

Surveyed workers said pay (as chosen by 46% of those surveyed) was the most important contributor to job satisfaction, follow by flexibility at 20%, the KURU report found.

Data from Alignable, released in December, indicated that 11% of small restaurant owners were reducing their staff size amid a growing number of layoffs and hiring freezes. That marked a 5% jump in restaurant staff reductions from November. And among restaurant owners still hiring, about 44% reported difficulties finding the right workers, the Alignable report found.

“When it comes to compensation, 57% say they are satisfied with their current wage,” the report found.

Staff shortages continued to be noticed by workers: 68% felt there was a staff shortage and 13% thought there would be a shortage in the future.

About 90% of the surveyed workers had worked overtime, double shifts or extra shifts in 2022. Of those, 75% of them said they did so because of a staff shortage, the report found.