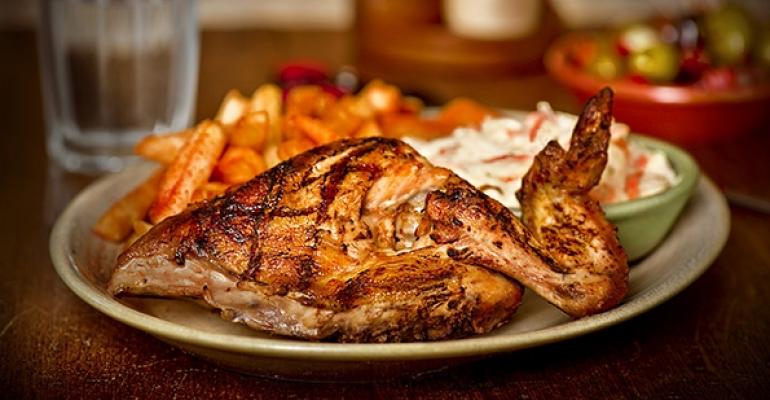 A look back at the trendy flavors of 2016

Eating out this year may have felt a little like déjà vu, as trends that appeared on restaurant menus in 2015 deepened, and chefs doubled down on cuisines and flavors customers already enjoyed. Here, we look back to a few trends that ruled again this year.

Some chefs delved more deeply into cuisines that are already popular in the United States, such as Mexican, Mediterranean and Thai, sometimes introducing customers to less familiar ingredients. Others expanded their ethnic explorations to the relatively uncharted territory of Africa.

Nando’s, a global South African-meets-Portuguese casual-dining chain, was among the concepts that broadened awareness and appeal of African cuisine with its signature dish of flame-grilled chicken in a sauce made from spicy African chile, as well as its bottled piri-piri sauces available in its restaurants and at select retailers.

John Manion isn’t from Africa, but the chef and owner of La Sirena Clandestina, a Latin-local restaurant in Chicago, made his own piri piri sauce to use in a variety of dishes, including Piri Piri Chicken Thighs.

Capsicum — commonly known as the chile pepper — continued to be an ingredient of choice for chefs looking to add complexity and depth of flavor to a variety of dishes. Among the fastest-growing varieties in 2016 were Thai chile, shishito and ghost peppers, according to Datassential MenuTrends.

At Público, a Latin-inspired concept in University City, Mo., chef Mike Randolph highlighted chiles in dishes such as pole beans with fermented chile butter and candied marcona almonds; and pork ribs with a chile rub, lime and garlic, as well as in the restaurant’s fermented red and green hot sauces. 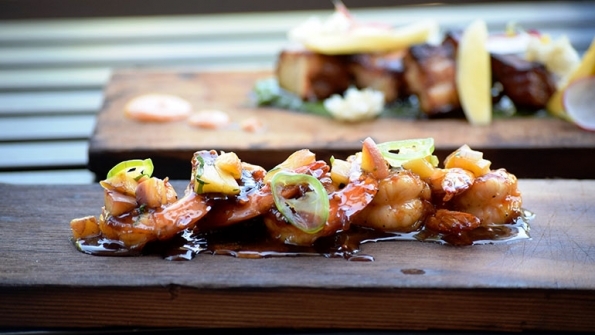 BBQ shrimp rubbed with a togarashi-style spice mix made with smoked morita chilies and ancho chilies at Three Degrees in Portland, OR. Photo: Three Degrees

Lauro Romero, executive chef at Three Degrees in Portland, Ore., used pickled Fresno chiles to add heat, sweetness and acidity and to complement crab and avocado in his crab toast. HE used smoked morita chiles and ancho chiles to create his own version of shichimi togarashi, a peppery Japanese spice mix, which he uses as a rub on a barbecue shrimp appetizer.

Bruce Kalman, chef of Union in Pasadena, Calif., used chiles all over his menu, in dishes as diverse as pork meatballs, roasted sprouting broccoli and gnocchi alla Romana.

This year also saw the continued rise (and gurgle and hiss) of fermented foods, a trend driven in part by a growing desire for more varied flavors that is poised to turn into a cult-like practice of chefs everywhere.

The singular flavor imparted to foods through fermentation inspired Todd Kelly, executive chef and director of food and beverage for the Hilton Cincinnati Netherland Plaza, to offer butter, hot sauce and bok choy kimchi, all fermented in-house, at the hotel’s fine-dining restaurant, Orchids at the Palm Court, as well as its bar and grill. 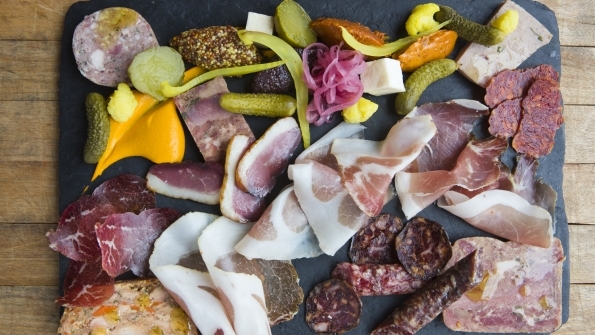 The salumi board at Cure in Pittsburgh features a selection of house-fermented salumi and vegetables, mustard and more. Photo: Cure Restaurant

AJ Voytko, chef at The Original Dinerant in Portland, Ore., added hot sauce to his growing list of in-house fermented foods — from sauerkraut and Brussels kraut to kimchi and kosher pickles — that he has long been serving at the upscale diner.