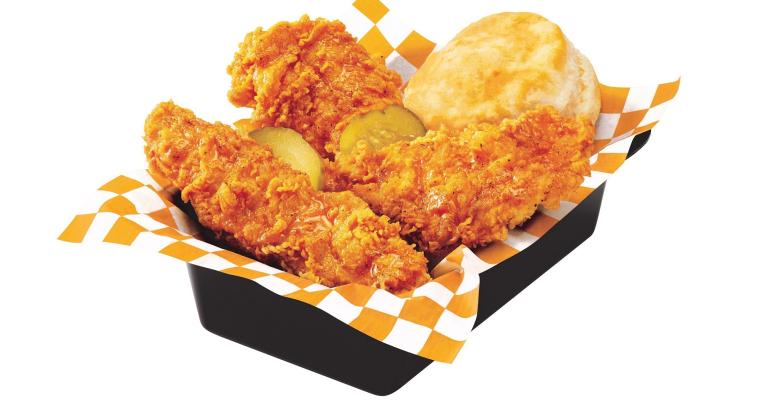 KFC is rolling out fried chicken coated in tangy mustard following a successful test of the item last summer, and has hired actor Billy Zane to promote it.

Georgia Gold Honey Mustard BBQ Chicken is coated in a mustard-based barbecue sauce, popular in South Carolina and northern Georgia. The chicken will roll out nationwide at the chain’s 4,300 domestic restaurants as a limited-time offer starting Jan. 30.

The BBQ version follows the successful rollout last January of Nashville Hot Chicken as an LTO through early April.

Promoting the chicken is a new actor portraying The Colonel: Billy Zane, who played tycoon Cal Hockley in the film Titanic. Underscoring the gold theme of the promotion, Zane is gilded in body paint for commercials, which start airing Jan. 29. In the ad, Zane strolls around a solid gold office and declares that the new chicken is “finger lickin’ gold.”

KFC is also bringing back its Nashville Hot Chicken, along with the Georgia Gold item.

Both chicken options are available through April 23, as $5.49 meals, including three tenders or two pieces of chicken, cole slaw and a biscuit, or as $9.99 Big Baskets, comprised of six tenders or four chicken pieces, cole slaw, mashed potatoes with gravy and two biscuits.