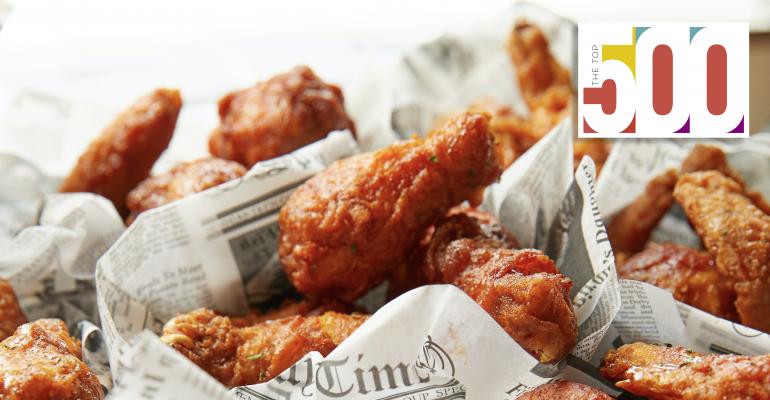 Leading into the pandemic, Korean fried chicken chain Bonchon was on the rise. Interest in the brand had grown in parallel with that of South Korean culture, which has included such cultural touchstones as the K-pop boy band BTS and the 2020 Best Picture Academy Award–winning “Parasite.”

Bonchon adapted through that growth, and continued to do so throughout the pandemic.

Bonchon’s big adaptation in 2020 was that the traditionally casual-dining fried chicken concept began to offer a fast-casual prototype. It plans to introduce a delivery-carryout, or DelCo, version later this year.

“Our franchise partners are the ones that really led us down this path,” said Flynn Dekker, Bonchon’s CEO since 2019. “They were the ones that were saying, ‘Hey, we see where the market is going. We like casual [dining], but I'd like to test fast-casual and would like to test it in a delivery-carryout-only model.”

Dekker joined Bonchon after VIG Partners, a private-equity firm based in Seoul, South Korea, acquired majority control of the company in December 2018. Bonchon was founded in 2002 in Busan, South Korea, and first entered the U.S. market in 2006. Bonchon moved its U.S. headquarters from New York to Dallas in 2020.

Dekker said Bonchon, which translates from Korean as “My Town,” tries to weave that philosophy through the brand and its operations. It is “a philosophy that we kind of try to thread through the entire business, how we treat people, how we act and trying to be a part of the community,” Dekker said.

The menu features double-fried chicken with signature sauces made in the corporate kitchen in Busan. The most popular sauces are soy garlic and spicy. Orders can be split and packed with two sauces.

“We roll out limited-time offers from time to time that feature a new and special sauce like our current sweet red chili that we've got going right now,” Dekker said. Sides include pickled radish, which he says serves a similar purpose to pickled ginger in Japanese sushi.

“It's a nice palate cleanser,” Dekker said, “so you can try different things on the menu and sort of refresh your palate.”

Dekker said 109 of Bonchon’s 370-plus global restaurants are in the U.S., with plans for about 23 more restaurants here this year.

Dekker said Bonchon increased its unit count about 10% despite the pandemic. The brand’s success was thanks to quick thinking from Dekker and his team.

“We had a whole tech stack scheduled to roll out by mid-year,” Dekker said in looking back at 2020. “When we saw what was happening around the world and what was coming our way, we quickly pivoted and went from having no online ordering to having online ordering, but the proprietary website ordering as well as an app. So we moved very quickly.”

The two fast-casual versions opened in Addison, Texas, and Towson, Md. Dekker said the fast-casual Bonchon units cover about 1,800–2,000 square feet, while the DelCo version will range from 1,500 to 1,700 square feet.

“That gives our franchise partners more options, lower entry costs, a higher return on investment when they decide how they want to open their next restaurant and what type of footprint and service strategy they want to employ,” Dekker said.

The CEO said culture remains a strong aspect of the brand’s operations.

During the recent Black Lives Matter protests and incidents of violence toward the Asian-American and Pacific Islander communities, Bonchon gave employees a day off last summer to use as they like — be it to join a social cause or volunteer.

“You want to make sure that you stand for the things that you believe in,” Dekker said, “but you don't alienate your audience, and I think we've been really thoughtful about that.”

Dekker said Bonchon’s sales continue to be extremely positive, and he has a lot of optimism for the brand going forward.

“I think for the next generation and the generation after that, the boundaries of the world have come down, and people are more open to different flavors, different tastes,” Dekker said.