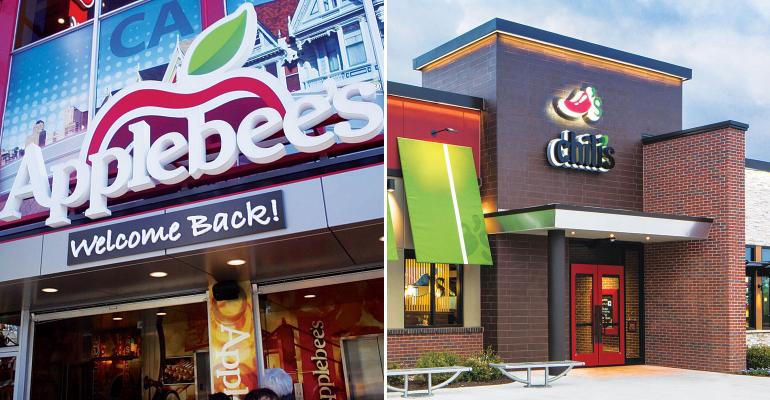 2017 Top 100: The big shift: Consumers move away from casual dining

Consumers are rapidly changing the way they dine at restaurants, according to the latest edition of the Nation’s Restaurant News Top 100, and that’s making an already competitive industry even more challenging. Consumers are opting for speed and convenience when they dine out, spending more at Starbucks Coffee, Chick-fil-A and even convenience stores like Wawa. They’re spending less at restaurant chains with wait staff, like Outback Steakhouse and Applebee’s Neighborhood Grill & Bar.

“Our data support contentions that consumers are increasingly favoring limited-service brands, whether for convenience, price or perceptions of more interesting or healthful food offerings,” said Alan J. Liddle, data and event content director for Nation’s Restaurant News, and manager of our Top 100 ranking.

The shift should come as little surprise to industry observers, who have seen a steady erosion of sales at Casual-Dining and Family-Dining chains dating back a decade, while the industry grapples with a host of new competitors.

The big shift in restaurant spending is also rewarding Limited-Service chains that have a reputation for quality, or those that have found unique ways to connect with their customers.

But a further examination shows that many chains increased sales by adding restaurants and increasing prices, rather than by generating additional customers.

The 100 largest chains operated 200,165 company-owned and franchised locations, growing 1.9 percent from the Preceding Year. Meanwhile, menu prices increased 2.3 percent in 2016, according to federal data. Combined, those numbers suggest that the largest chains saw a total decline in traffic. Indeed, 2016 was one of the most difficult years for the industry in at least a decade, in terms of same-store sales growth, and particularly traffic growth. But the numbers suggest that privately held chains, such as sandwich chains Jimmy John’s and Arby’s, have gained sales at the expense of their public competitors.

The biggest problems came at Casual-Dining chains, where two of the four biggest chains, Applebee’s and Chili’s Grill & Bar, saw declines in system sales in the Latest Year.

As a whole, Casual-Dining concepts accounted for 15.2 percent of the $257 billion in sales the 100 largest chains generated in the Latest Year, according to the Top 100. That marks a decline from 16.2 percent just two years ago.

Similarly, Family-Dining concepts like IHOP and Denny’s saw their share of the Top 100 decline as well, to 5.1 percent in the Latest Year, from 5.3 percent the Preceding Year.

And convenience stores, which are eagerly working to take business away from traditional restaurants, continued to gain market share. Although they represent just 2.7 percent of all chain sales in the Latest Year, that has increased in each of the past two years, and has risen from 2.5 percent two years ago.

Much of the gain has come from Chick-fil-A, the Atlanta-based chain that has roared up our ranking in recent years.

Chick-fil-A was the biggest mover among the 10 largest restaurant chains in terms of total sales. The eighth largest chain in the U.S. somehow managed to increase system sales by nearly 17 percent in the Latest Year, to $7.9 billion, just behind No. 7 Dunkin’ Donuts, which had system sales of $8.2 billion.

While many Limited-Service chains generated sales growth, traditional quick-service burger chains represent a smaller piece of the Top 100 pie than in recent years.

Limited-Service/Burger chains, led by giants McDonald’s, Burger King and Wendy’s, represented 30.5 percent of the Top 100. That represents a decline from 31.5 percent two years ago.

McDonald’s sales were more than twice that of the next largest chain, Starbucks, which generated $17.9 billion. Put another way: McDonald’s is larger than Starbucks, Subway and Domino’s combined.

Still, Starbucks is not far from surpassing McDonald’s on another front: Unit count. Starbucks had 13,172 locations in the Latest Year, just 983 fewer than
McDonald’s, suggesting that the coffeehouse chain could overtake the burger giant based on unit count in two years.

The largest chain based on unit count is Subway, which operated 26,744 franchised locations in the Latest Year. That’s a decline from 26,958 units the Preceding Year, and is the second straight year that the sandwich giant has seen its unit count fall, after decades of uninterrupted unit growth.

Subway’s decline in unit count, along with a 1-percent decline in Estimated Sales Per Unit, to $420,800, has hurt system sales, which were $11.3 billion in the Latest Year, falling from $11.5 billion the Preceding Year and $11.9 billion the Prior Year.

On the other hand, the Latest Year proved to be particularly strong for the Mexican quick-service chain Taco Bell, which is now the fourth largest restaurant chain in the U.S., with $9.4 billion in system sales, growing 6 percent from the Preceding Year. The increase enabled Taco Bell to surpass two burger concepts: Burger King, at No. 5, and Wendy’s, at No. 6.

Rounding out the Top 10 were two pizza chains currently fighting for supremacy: Pizza Hut, at No. 9, saw system sales decline slightly, to $5.8 billion. Meanwhile, rapidly growing Domino’s, at No. 10, increased system sales by 10.9 percent, to $5.3 billion. Domino’s will likely surpass Pizza Hut as the nation’s largest Pizza chain this year.

Panera added kiosks to many locations and has bet big on a mobile app to improve service — much like Domino’s and Starbucks have worked to make it easier for consumers to order and pay from mobile phones.