Big might be considered better in some cases. But in the restaurant industry, operators are asking: “How compact can you make it?”

At the NAFEM show earlier this month in Orlando, Fla., several companies answered the call. Compact products spotted at the show, held every other year by the North American Association of Food Equipment Manufacturers of Chicago, included everything from multi-tasking prep stations to portable pizza ovens.

One of the biggest success stories highlighted at NAFEM was a collaboration between quick-service seafood chain Captain D's and Vulcan. 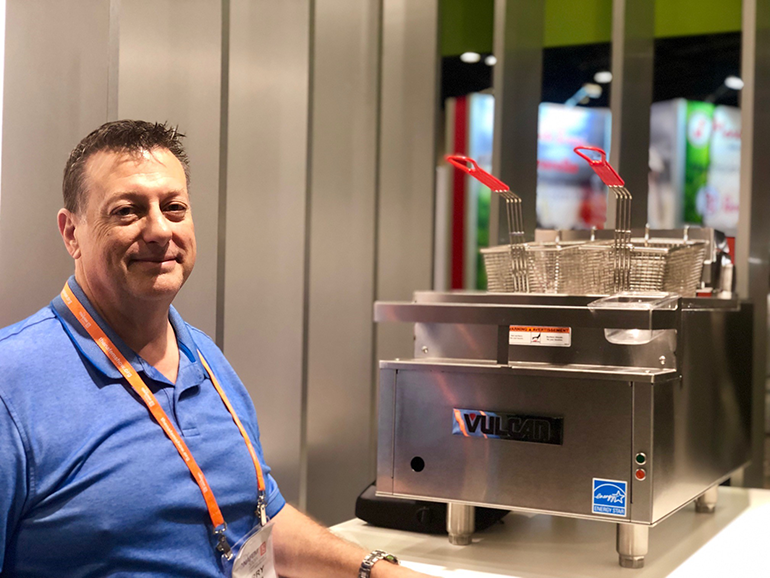 Jones, who had previously worked at Cracker Barrel Old Country Store Inc., was trying to reduce the amount of “side stepping” a kitchen worker had to take to fry food. At the time, the fryers were several steps away from the freezers.  Jones was also looking to reduce the footprint of kitchens in new stores and remodeled restaurants.

Vulcan eventually developed a more efficient electric fryer that could be mounted on freezer bases. The industry calls this “point of use” cooking because the workers can stand in one spot for tasks. For Nashville, Tenn.-based Captain D’s, it reduced fry times by 30 percent in stores using the equipment. It also saved those restaurants an estimated $10,000 annually.

The Vulcan fryer was deployed in 2017, and it is now in 20 of Captain D’s 532 restaurants. Each store typically has about seven fryers, Jones said.

“We are currently deploying the new fryers and freezer bases in all new construction,” Jones said. “We plan to build at least 27 new Captain D’s this year.”

As Captain D’s grows, Jones said the company and its franchisees can look for smaller pieces of real estate. The Vulcan fryers have helped shave 230 square feet off the kitchen footprint, because they are stacked on top of freezer bases.

That’s a huge money saver because the company and its franchisees can lease smaller spaces, Jones said.

Why not put that extra square footage in the dining room?

Jones said that’s not where the industry is trending. Off-premise trends also play a factor.

“Everyone is trying to cut their building in size because there are fewer dine-in customers,” he said.

Here’s a list of other space-saving equipment seen at the show: 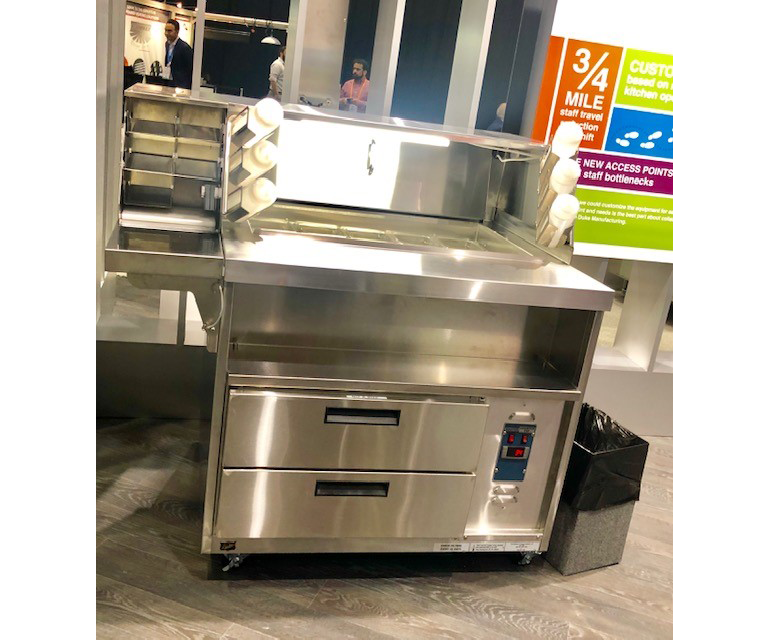 Several companies offered back of the house equipment that looked like the Swiss Army knives of prep stations.

Two were honored as game changers by NAFEM.

InterMetro evaluated the restaurant’s workflow and created a prep station on wheels for mobility. The PrepMate MultiStation can be adjusted in height. The mobile cart has a rail system where multiple bins containing raw meats or vegetables hang below the cart. A prep cook can chop and push prepped food into bins hanging next to chopping board.  Fresh cutting boards hang from the side of the cart.

Canteen owner Abby Singh said in a testimonial that having the mobile cart next to her at any time was “unbelievable. And, it won’t get in the way because I can move it wherever I want. It’s excellent.”

NAFEM also recognized the “modular production center” by Duke Manufacturing. It was created for a bagel chain that Duke declined to name.

The production station is outfitted with temperature-controlled bins that can hold ingredients for long periods, slots for multiple squeeze bottles and refrigeration.

Production can be done in one space, leaving fewer bottlenecks in the kitchen. 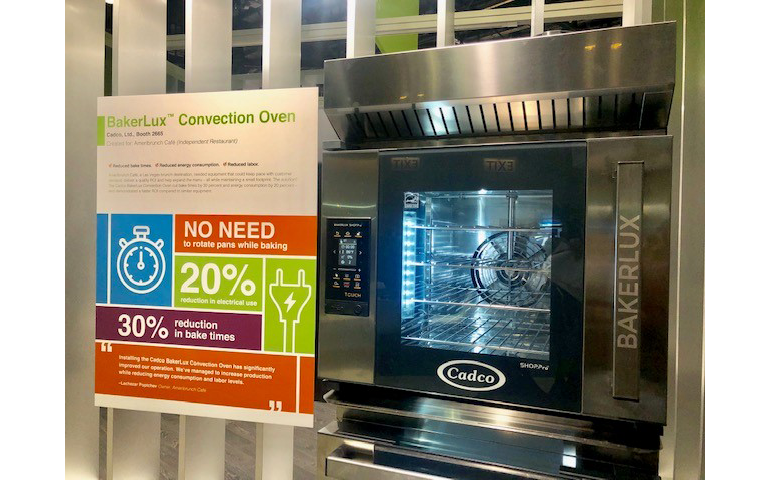 BakerLux is about half the size of a full commercial oven. It was needed as the brunch restaurant was “short on space, but heavy on production,” said Christopher Kasik, Cadco’s culinary manager.

Kasik said Arby’s recently approved BakerLux as a new oven option for franchisees. Arby’s is specifically using the oven to warm supplemental menu items such as cheese sauce, he said. 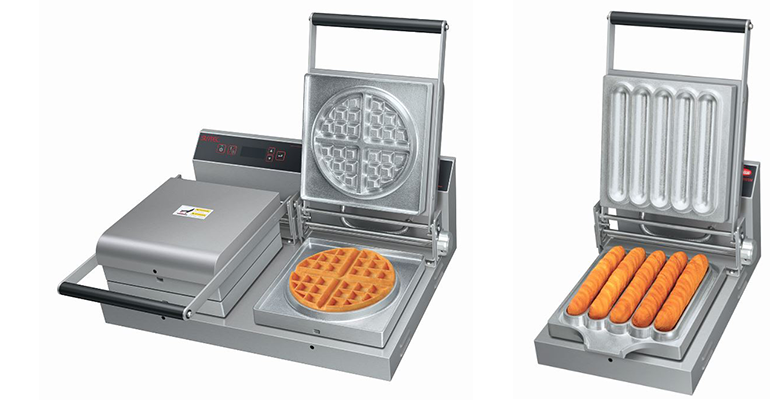 All in One Snack System

Snack foods eaten at main meals account for 24 percent of all snack food eating occasions, which represents a 21 percent increase from five years ago, according to market research firm The NPD Group.

But how do you make multiple snacks when you have a tight cooking area?

At the show, Hatco demonstrated a new product – the Snack System -- that could do the trick. The electric baker comes with seven replaceable plate molds. The single unit appliance allows a café or convenience store to make Belgian-style waffles in the morning and breadsticks for lunch with the same appliance.

Plate choices include a round Belgian waffle, a freestyle waffle mold, sandwich, panini, donut or the croissant-doughnut “chelky.” The latter looks like a breadstick mold.

Crown Verity created the outdoor gas pizza oven that can cook pizzas in two minutes. It allowed Peller to offer outdoor seating with picturesque views. The winery was able to double its capacity and increase revenue by 65 percent.