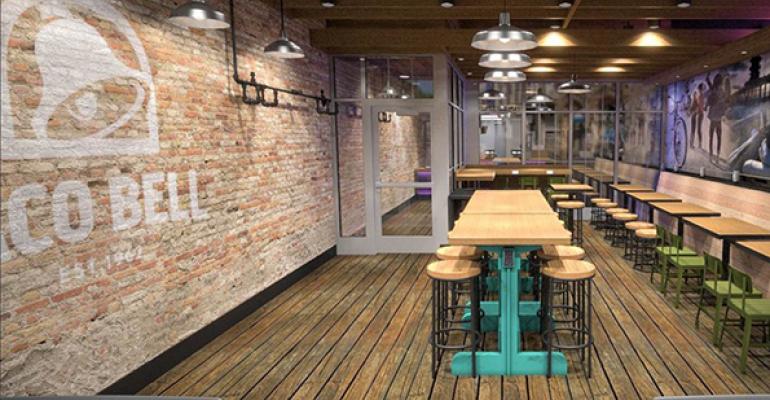 Restaurant to be in new urban design

Taco Bell may open a unit in San Francisco this summer that would be its second location to serve alcohol.

Taco Bell franchise group Golden Gate Bell LLC has applied for a beer and wine license for an unopened storefront in San Francisco, according to a report Friday in the San Francisco Business Times.

A Taco Bell Corp. spokesman confirmed that the new location in San Francisco will be one of the new units designed for urban locations.

The first urban restaurant to open will be located in Chicago’s Wicker Park neighborhood. The company revealed the design for the unit earlier this month.

In addition to an updated design, the urban locations will offer beer, wine and mixed-spirit freezes, as well as a new line of appetizers, along with the traditional Taco Bell menu.

Units in Japan, Korea and the United Kingdom also sport the new urban design, which fits into an in-line location. The design has no drive thru, and about half the square footage of a traditional 3,000-square-foot restaurant.