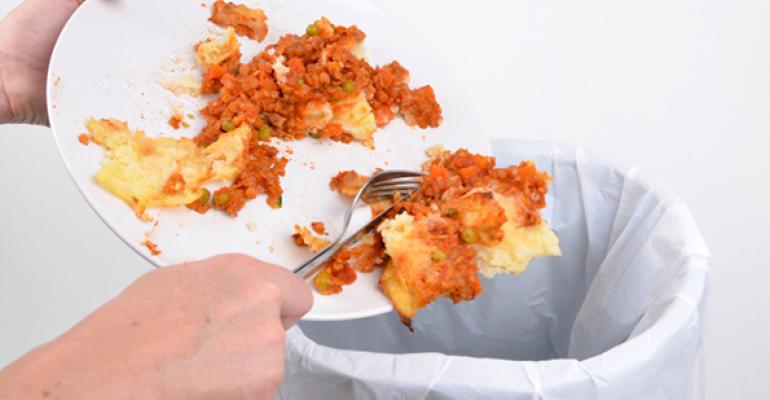 The U.S. Department of Agriculture and the Environmental Protection Agency unveiled Wednesday the first-ever national goals for reducing food waste, calling for a 50-percent reduction within 15 years.

The announcement came one week before world leaders were scheduled to gather in New York to discuss sustainable development practices at the United Nations General Assembly.

Food loss and waste is increasingly being spotlighted as a climate change issue.

In the U.S., food is the largest component of municipal solid waste, and accounts for a significant portion of methane emissions, the agencies said. Land, water, labor and energy resources are used in producing, transporting, preparing, storing, and disposing of discarded food, and often food is sent to landfills rather than feeding people.

In addition, the agencies estimate that a 15-percent reduction in food loss would provide enough food for more than 25 million Americans every year.

“The United States enjoys the most productive and abundant food supply on earth, but too much of this food goes to waste,” Tom Vilsack, Agriculture Secretary, said in a statement. “An average family of four leaves more than 2 million calories, worth nearly $1,500, uneaten each year. Our new reduction goal demonstrates America’s leadership on a global level in getting wholesome food to people who need it, protecting our natural resources, cutting environmental pollution and promoting innovative approaches for reducing food loss and waste.”

The USDA’s Economic Research Service estimated in 2010 that food loss and waste accounts for about 31 percent, or 133 billion pounds — that’s $161 billion worth — of the overall food supply.

By the end of 2014, the challenge had more than 4,000 active participants. Foodservice contract giant Aramark, for example, donates unsold food to recovery agency We Don’t Waste in several cities, for example. Balena restaurant in Chicago participates in a commercial compost program, and Panera Bread units in New York donate to City Harvest.

Supporters across the foodservice world, including the National Restaurant Association, welcomed the waste reduction guidelines.

Eric Ripert, chef and co-owner of the New York restaurant Le Bernardin, who also is vice chairman of City Harvest’s board, said his restaurant has donated food to the food rescue agency for two decades.

“We recognize that the great amount of excess food in our country can be used to feed hungry Americans and reduce food waste at the same time,” he said. “Setting a national goal for food waste reduction is an important step to help address many issues and we are proud to stand with the U.S. Department of Agriculture and the Environmental Protection Agency on this new initiative.”

Correction: Sept. 17, 2015  An earlier version of this story incorrectly characterized City Harvest. It is a food rescue agency.