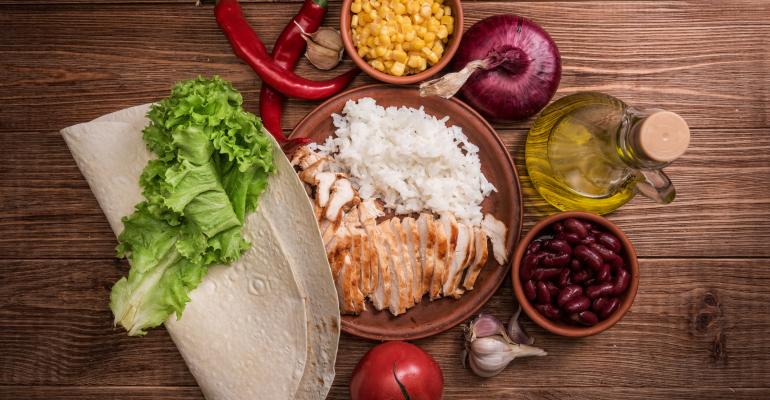 Growing meal-kit market could be both an opportunity and liability for foodservice industry.

Until recently, few foodservice operators have been particularly concerned about the emergence of the home meal-kit market and its potential to compete for restaurant sales. But on July 17 the news broke that Amazon.com had begun selling its own meal kits to select customers. The world’s largest online retailer also filed a trademark application for “prepared food kits” on July 6, about a month after it purchased the Whole Foods Market chain.

To be sure, meal kits have been making headlines in recent months — and stirring interest among now-alert restaurateurs. Blue Apron’s recent IPO signaled the entry of a potential competitor to restaurants, but largely it remains uncertain what long-term effect this emerging business will exert on the industry. With an estimated $1.5 billion in annual sales, the meal-kit industry comprises approximately 0.2 percent of what the National Restaurant Association predicts will be industrywide sales of $799 billion in 2017. And, since no comprehensive study has been conducted to gauge the impact of meal-kit sales on foodservice channels, there remains no hard data forecasting of how much share of stomach they actually stand to gain.

For now, though, the real story is this: Meal-kit sales are growing exponentially, says Matt Drewes, senior vice president of national restaurant partnerships, at Atlanta-based Cardlytics, a purchase intelligence platform that uses real purchase data to make marketing more relevant and measurable. According to Drewes, the rise in meal-kit purchases caught his team’s eye about three years ago, and they’ve watched it become a viable trend.

“Grocers have provided meal kits within their four walls for years, but in the last couple of years, it’s been ramping up” at third-party providers like Blue Apron, Home Chef, HelloFresh and a handful of independent restaurants, he says. “The [sales] we’re seeing now are small on the whole, but it’s been triple-digit growth for the last few years.”

To be exact, Cardlytics purchase insights show 123 percent compounded growth over the last three years, and 1108 percent increase from 2014 to 2016. Such numbers are worth watching, Drewes says, adding that any new competition can spell trouble for already besieged restaurants.

“When you have full-service chains struggling to make positive comps, this is just chipping away at their share,” Drewes says. Meal-kit sales growth proves the trend is gaining real traction, he adds. Acknowledging that such companies are correctly focused on the 25- to 44-year-old target demographic, he adds, “They’ve done the marketing to get the word out to the right people who have that level of affluence. The numbers show that it’s starting to stick now.”

What is certain, Drewes says, is that consumers want convenience and options when it comes to their meal choices, and meal kits provide at least some of them. According to a 2017 report from the consulting firm Pentallect, 3.8 percent of households have tried a meal kit.

Another convenience option pushed lately by a growing range of restaurants is delivery, which has triggered an explosion of third-party services to help move those meals off premises. Fast-food giants like McDonalds and quick-casual pioneers such as Panera Bread are making substantial efforts to take meals off-premises to customers eager to relax at home.

But while meal kits relieve consumers of the burdens of shopping and menu planning, they still must prepare the food. Whether cooking without shopping inspires them to use such services for the long term “is an answer we’d all like to know,” Drewes says.

He adds that scratch cooking itself is constantly being refined to degrees that fit a wide range of consumer expectations. On one extreme, consumers shop, choose raw ingredients and turn them into meals, while on the other, consumers reheat a branded meal or cook a take-and-bake pizza at home. Somewhere in the middle lies the meal-kit buyer who, for the time being at least, wants the benefits of less time shopping and more time cooking (commonly more healthful) meals for their family.

Drewes says the NRA even found that a good portion of restaurant customers are willing to try meal kits, with 49 percent saying they would buy one from their favorite restaurant if it were offered. The question remains, Drewes says, “What does that meal kit really look like? Is it something cooked 90 percent, ready to finish off at home or something ready for a microwave oven? For now, I believe that when people think “meal kit from a restaurant,” they just finish it. But if it’s from companies like Blue Apron, it’s actual ingredients they prepare.”

Meal-kit affordability could be an issue for some customers who find them more expensive than grocery store ingredients. Others, living by the adage that time is money, may view the added cost a key benefit in avoiding crowds and lines at stores.

Prices vary, of course. Meal-kit provider Plated charges roughly $48 per week for its minimum subscription, which provides two meals for two people twice weekly. Blue Apron’s minimum subscription is $59.94 per week, which includes three meals for two people. According to a report on BusinessInsider.com, early users of Amazon’s service say the per-serving costs of its meal kits range from $8 to $10.

According to Cardlytics’ data, California is the biggest user of meal kits, spending nearly three times as much on them as in No. 2 Washington and No. 3 Florida.

Given the growth trajectory of meal-kit sales, does Drewes, a restaurant industry veteran himself, believe operators should jump in with their own home-delivered options?

“That’s the million-dollar question,” he says. For now, he believes grocery stores stand to take a hit before restaurants feel the pinch. “It’s not like people are eating more; this is moving share of stomach around to other categories. But if grocery stores aren’t getting involved in this, I think they’re going to miss out on those sales more than anyone.”