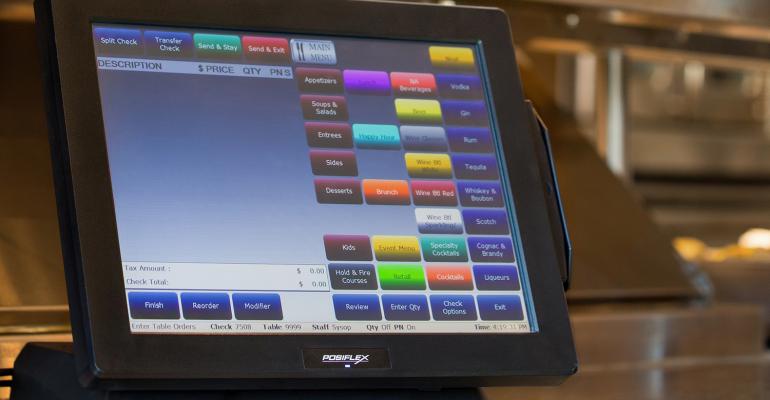 5 ways to make the most of your POS system

Tips on how to maximize one of the most invaluable tools in your restaurant.

A point-of-sale system is an invaluable tool for running a modern restaurant. From its most basic function of taking orders rapidly and accurately, to its highest utility of providing crucial insights into sales and labor data, these high-tech devices do nearly everything outside of cooking the food and preparing the drinks.

Unfortunately, operators sometimes fail to maximize the many features of their POS systems. Others even purchase the wrong one — devices ill-suited to the environment in which they’re used, or unable to deliver the level of performance a specific operation requires.

To alleviate both problems, here are five basic ways restaurant operators can get the most out of their POS systems, from deciding which to purchase to choosing how you use it.

Second, since the average operator uses the same POS system an average of seven years, durability should be high on your list. Not all devices are equal when it comes to their ability to endure the abuse of a restaurant environment, especially a seaside restaurant where exposure to sun and salt water can ruin some POS hardware.

“We had terminals that survived exposure to the rain and wind of Hurricane Sandy,” says Ron Chan, director of marketing at Posiflex USA, a POS manufacturer in Hayward, California.   “We’ve had others that booted up after they were found in the rubble of a restaurant fire. It’s safe to say they certainly can take the normal abuse of a restaurant environment.”

An example of flexibility is when fitted with a pistol grip, the Posiflex MT tablet transforms from a tablet to  a barcode reader, and then into a traditional terminal when adding a docking station with its integrated printer.

“In high-end restaurants where a dinner tab can be $100 to $300 dollars, you’re seeing EMV employed there because of the potential chargeback costs involved,” Chan says. “But at smaller restaurants where the average ticket is $10 to $15, owners sometimes say they’ll take the risk of having to ‘eat’ a chargeback.”

“They could see the difference in real dollars,” Chan says, adding that the system also supplied servers with suggestive selling tips. “They also were able to push the most profitable things using those analytics.” That data even led owners to improve sales forecasts and set more accurate kitchen prep pars to avoid running out or preparing too much.

“This has been particularly effective at a small chain in California called 9021Pho,” Chan says.

The five-store Asian-fusion chain was preparing itself for growth, but knew it would struggle without achieving system uniformity in terms of its numbers management. So it sought help from Posiflex to take a big picture look at its entire company.

“They got really frustrated because with the system they had;  they couldn’t do any analytics — the books, inventory, sales — to look at the whole business,” Chan says. “The POS helped it all become one business rather than five separate units.”

The ability to do whole business analysis, especially for chains, Chan says, is the real power of a well-utilized POS system.

“When you can use all that data to build the story for one restaurant or 100, you’re getting a lot of value out of your system,” he says. “Yes, they’re great for taking orders.  Yes,  they help with inventory and labor. But until you make all those components work together, you’re not getting the clearest picture of your business.”