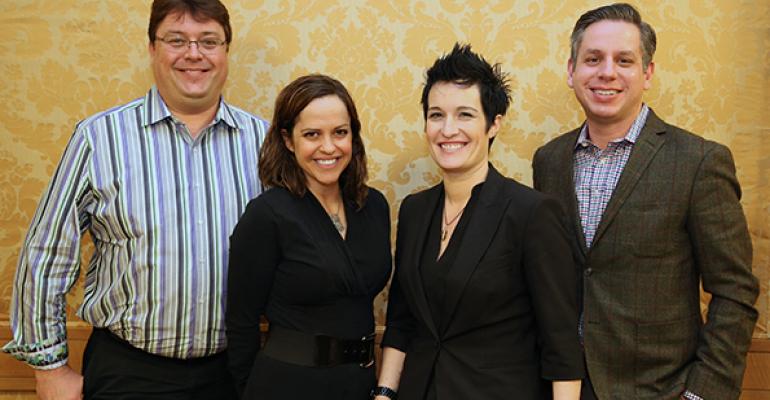 Restaurant marketing is consuming a growing share of IT budgets as brands put more resources toward promoting and maintaining their reputation online and in social media, panelists at the 2015 Global Best Practices Conference said this week.

That has been the biggest shift in restaurant marketing over the past 10 years, panelists said during a Sunday session at the Irving, Texas, conference, which was sponsored by TDn2K, the Dallas-based parent of People Report and Black Box Intelligence.

“Now it’s much more about engaging the customer,” said panel moderator Stephen Farr-Jones, president of Burbank, Calif.-based ADM Marketing. “People in the trenches have seen that change over the past 10 years.”

“Your brand is not what you say it is; it’s what they say it is,” Slocum said. “Over the past 10 years, all these new channels have allowed us to have two-way communication with them, and you have more knowledge about what your brand is.”

Social media in particular offers companies a way to access their brand image without the laboratory-style focus groups of the past, Slocum added.

By monitoring social media channels like Yelp, “you can find those people are most passionately love your brand,” as well as those who passionately express negative opinions about the brand, Slocum said.

For Front Burner Restaurants, which owns Twin Peaks, as well as other brands, the new channels allow for more targeted messaging, be it Facebook or some other platform, Colby said.

Like the fragmentation of television advertising with the expansion of channels over the past decades, Colby said social media comes with its own growth in the number of segments and varying demographics that use them.

“You may have women over here on Pinterest, or guys over there on Twitter, and you have to think about how you are going to segment your message and create ideas for those platforms,” she said.

Hite of BTC Revolutions said her consultancy remains medium agnostic but works to engage those consumers, as identified by the brand’s demographics, where they are using the social media tools.

“Our agency operates a lot of times more like a newsroom versus a traditional agency with campaigns,” Hite said. “In real time, we are watching word of mouth and what people are talking about. It’s not so much ‘our message to them,’ but rather, ‘How do we get them to talk about us?’”

Hite added that it's less the social media platforms they are using than the users themselves that her company — which works with such brands as Applebee’s Neighborhood Grill & Bar and Cinnabon — will target.

All four panelists said human resources is playing a larger role in helping screen and train team members to use social media wisely.

If something does go wrong, Hite warned, it usually indicates a problem that is only manifested online and needs to be repaired by managers.

“If you have something going bad online, you have to fix it offline first before you can fix it online,” she said.

“That’s where these channels become so successful,” he noted. “You can take those promoters — the people who already love you — and give them the stories and they will go tell them for you.”

Slocum cited the marketing funnel theory — the process of awareness, interest, desire and action — that companies can enhance by engaging brand advocates in social media. “It becomes a virtuous cycle of engagement,” he said.