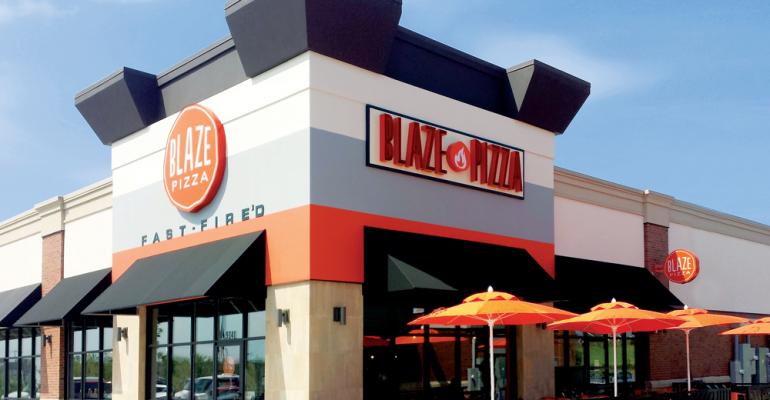 Unit-level sales growth among Second 100 chains was where the rubber met the road in 2016, a challenging year in terms of traffic across all 10 segments tracked.

Blaze Pizza stayed on a path the chain set in 2014 and 2015 to produce strong unit-level sales trends in the Latest Year. That improvement, along with Second 100-leading year-over-year growth in U.S. units of 61 percent, made Blaze the Second 100 sales-growth king, with a Latest-Year bump of 81.9 percent.

Jim Mizes, who was promoted to president and CEO of the Pasadena, Calif.-based Blaze Pizza in May, said the 2016 increases built upon a multi-pronged approach to the business.

“Growth in 2016 is a result of the forward investing in people, systems, marketing, training and real estate that we made in 2014 and 2015,” Mizes said.

“After all, growth is a function of the highway or foundation laid the year before.” “We know that retail and growth is about tweaking a thousand different dials, and we sweat the details to move quickly and to do it well,”
he said.

In addition to signing more than 25 franchise partners to open restaurants in 2016, Mizes said, Blaze Pizza nurtured a pipeline of development and “built up our real estate team to support our franchisees.”

Blaze also improved and streamlined the design process of its restaurants, while also keeping an eye on operations and staff training, he said.

“Our operations and training team expanded in quantity and quality feedback systems to help our franchisees operate better.  As a result we improved our guest scores,” Mizes said.

Blaze Pizza ended 2016 with 169 restaurants, 163 of which were franchised units. The Pizza chain also made sure its marketing program was focused on customers.

Consumer demands played into Blaze Pizza’s menu, which is free of artificial colors, preservatives and flavors, he said, and plays up the restaurant’s fire ovens.

“Simply said, this makes our food taste better and delivers consistency,” Mizes said. “Then we layer on value with an experience that is fast and friendly in a space that is simply energizing and fun. By listening to our guests and having a deep understanding of Millennials and Gen Z, we remain relevant, authentic and part of their lifestyle.”

Rick Wetzel, co-founder of Blaze, said unit-level success depended on the planning of the preceding years.

“We laid out the vision, and we never strayed from the path,” he said.