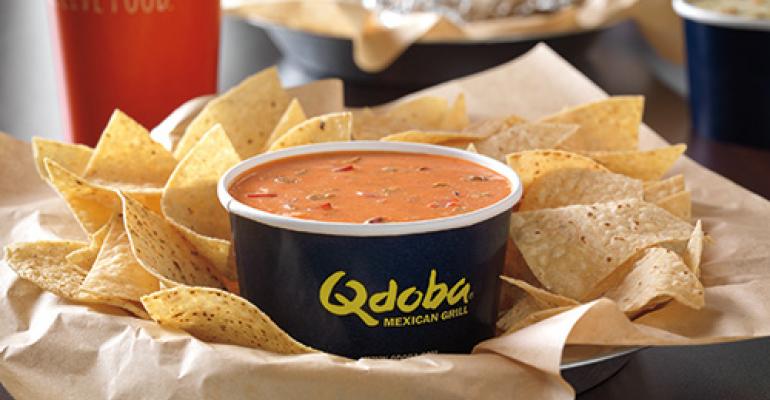 Why fast-casual chains are struggling

Blog: Sector’s sales have slumped even as consumers opt for faster fare

In a note yesterday, Baird Analyst David Tarantino suggested that Jack in the Box could consider selling its burrito chain, Qdoba Mexican Eats.

The reason, he said, was that Qdoba was depressing Jack in the Box’s valuation. “We believe the Qdoba business has become an anchor on the valuation metrics being applied to the overall Jack business,” Tarantino wrote.

Pressure for Jack to sell Qdoba or spin it off comes up every now and then because Wall Street as a rule doesn’t like multi-brand ownership. Yet the very prospect that a fast-casual chain is depressing the valuation metrics of a quick-service concept shows how things have changed in the restaurant business recently.

The glow on the fast-casual sector dimmed substantially last year. The chains that were supposedly taking over the restaurant business have been underperforming relative to the old standby quick-service concepts.

In the fourth quarter last year, fast-casual chains’ same-store sales fell 1.1 percent on average. Take out Chipotle Mexican Grill Inc., which is recovering from a series of foodborne illness outbreaks, and same-store sales still averaged a 0.7 percent decline. And that decline would have been even worse if we included the 17.4 percent decline at fast-casual pizza chain Pie Five.

Overall restaurant industry average in the quarter was a decline of 0.7 percent, based on Nation’s Restaurant News research.

Among the others, the best performance in the quarter was The Habit Burger Grill Inc., which said its same-store sales grew 1.7 percent in the fourth quarter ended Dec. 27.

To be sure, this is hardly a representative sample. Numerous private fast-casual chains are performing well. The fast-casual pizza chains MOD Pizza and Blaze Pizza have both reported strong sales growth last year. The Italian chain Fazoli’s revitalization continued in 2016, when it ended the year with its 15th straight quarter of same-store sales growth.

And the sector is still attracting the bulk of the early-stage investment dollars in the restaurant business.

Yet last year proved that fast-casual restaurants are susceptible to the same issues that affect all restaurants — consumer skittishness, for instance, or things like calendar shifts and weather events.

They also have some issues unique to their sector. Fast-casual chains are more likely to have narrower menus, which leaves them more prone to fickle consumer tastes. And the chains don’t have the market presence or location advantage of their quick-service cousins. They are also more expensive.

The problem with the slowing fast-casual sales, however, is evident: Investment in that sector is driving new unit development, which is increasing competition for real estate — and driving up lease costs. Those higher lease costs could come home to roost down the line if the sales aren’t there.