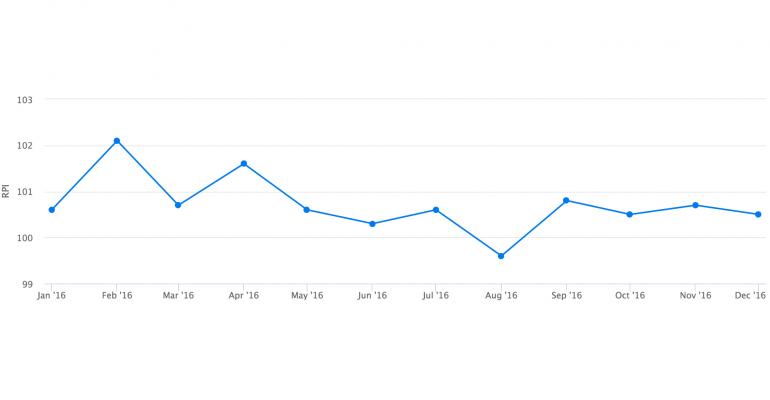 NRA: Operators optimistic for year ahead

Thanks to that optimism, the industry expanded in December, albeit at a slower rate than in November. The association said that the index, a monthly measure of the state of the industry, closed out 2016 at 100.5, down slightly from 100.7 in November.

The association considers the industry to be in expansion mode when the index reaches above 100.

The numbers were an appropriately weak finish to a weak year. The last time a majority of operators told the association same-store sales increased was in April 2016.

Because of the weak results, the association said its Current Situation Index was 99.5 in December, down from 99.7 in November. The RPI consists of two indexes, one measuring the current situation and another measuring operator expectations.

Still, expectations were strong. The Expectations Index was unchanged in December, at 101.6.

That was the lowest level of optimism since October, but since the presidential election of Donald Trump, the industry’s overall view of business conditions has surged.

In October, 14 percent of operators said business conditions would improve, and 29 percent said they would worsen.

The next month, those figures were reversed, and they’ve stayed at those levels ever since.

But operators have long maintained healthy expansion plans, with 57 percent of those surveyed saying they expect to expand or remodel in the next six months. Fifty-seven percent said they made a capital expenditure in the past three months.

December was the 27th straight month that a majority of restaurant operators said they made a major capital expenditure in the prior three months.