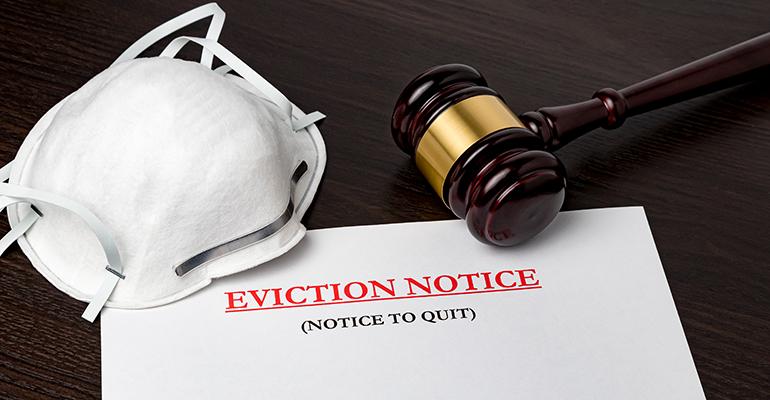 Restaurant operators’ ability to pay rent is improving, according to the small-business network Alignable, with its monthly poll indicating 35% wouldn’t pay rent vs. 63% unable to meet lease terms in March.

However, the Boston-based referral network said Friday that more than half of surveyed minorities that own small businesses could not afford to pay April rent on time.

“Many small-business people are feeling better about their prospects as expedited vaccine distribution is taking effect across the U.S.,” wrote Chuck Casto, head of public relations for Alignable, in a blog post. “But that doesn’t mean the money is rolling in yet. And for minorities who owns small businesses, the rent situation continues to be very difficult.”

Alignable’s April Rent Poll, conducted among 8,943 small businesses from March 27 to April 5, indicated that covering the rent remains a major obstacle for nearly one-third (31%) of all U.S. small-business owners as they COVID-19 pandemic continues. But for 53% of minority-owned small businesses could not afford to pay their full April rent on time, compared to 67% in March. 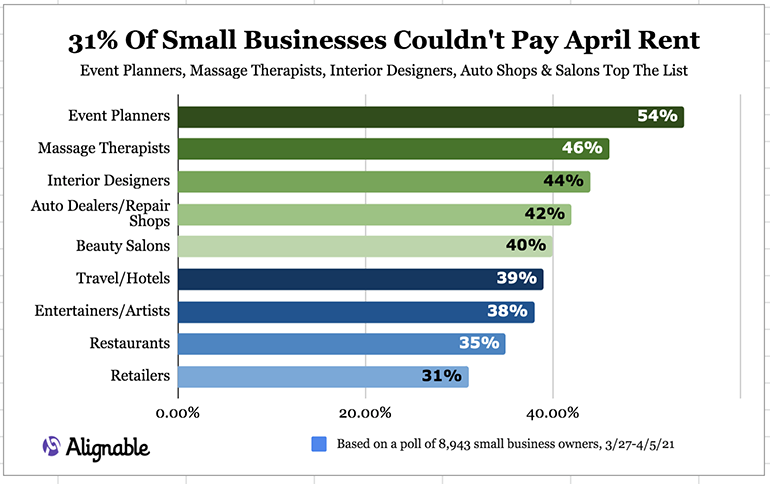 “It’s still very discouraging and suggests that the recovery for many of minority-owned businesses will likely be slower and more difficult,” Casto said.

Among all small-business owners surveyed, the inability to pay April rent fell to 31% compared to a March percentage of 49%, Alignable said.

“Much of this can be attributed to increased hope of a new normal ushered in by faster vaccine distribution,” the report said.

The national average of small-business owners reporting their inability to meet April rent was 31%.

The Alignable online referral network for small businesses has more than 6 million members across North America.