Appointments give quick-service company top posts for all brands

The Louisville, Ky.-based quick-service company said with the appointments of Mark King to head the Irvine, Calif.-based Taco Bell division and Artie Starrs, 42, to head the Plano, Texas-based Pizza Hut that all three of its brands would have CEO positions.

King, 60, is the former president of Adidas Group North America, and he will report to David Gibbs, Yum Brand’s president, chief operating officer and chief financial officer, the company said.

Starrs, 42, is being promoted to Pizza Hut Division CEO from his current position of president for Pizza Hut U.S. Starrs, as well as current KFC Division CEO Tony Lowings, will continue to report to Gibbs.

Both appointments are effective Aug. 5.

“We’re investing in world-class executives like Mark and fortunate to promote incredible talent throughout our company like Artie,” Creed said. “Mark is an accomplished retail innovator, and Artie is an excellent growth strategist – both are strong culture leaders who will continue to elevate Taco Bell and Pizza Hut into relevant, easy and distinctive global brands.” 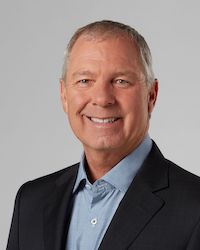 Gibbs said King (left)was the ideal choice to lead Taco Bell.  “His unique talent rewriting the rules for brands to win in fiercely competitive markets will be central to Taco Bell’s journey to become a $15 billion brand that transcends the quick-service restaurant and retail categories,” Gibbs said.

King stepped down as president of the Adidas Group North America in 2018.

“The courage, creativity, culture and potential of Taco Bell make it the only brand I would become part of at this point in my career,” King said. “I’m truly excited and honored to join Yum! Brands and to work with Julie, Liz and the talented team of employees and franchisees who are already making Taco Bell a powerhouse global brand with extraordinary possibilities for the future.” 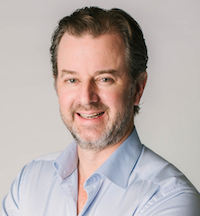 Starrs (left) joined Pizza Hut in 2013 and has served in various leadership roles, including general manager and chief financial officer.

“I am looking forward to working more closely with our global brand leaders and franchisees to drive breakthrough innovation and customer experiences,” Starrs said. Starrs will retain direct leadership of Pizza Hut in the U.S. as part of his global responsibilities as Pizza Hut Division CEO.

Taco Bell has more than 7,100 restaurants in 30 countries.

Pizza Hut has more than 18,000 restaurants in more than 100 countries.