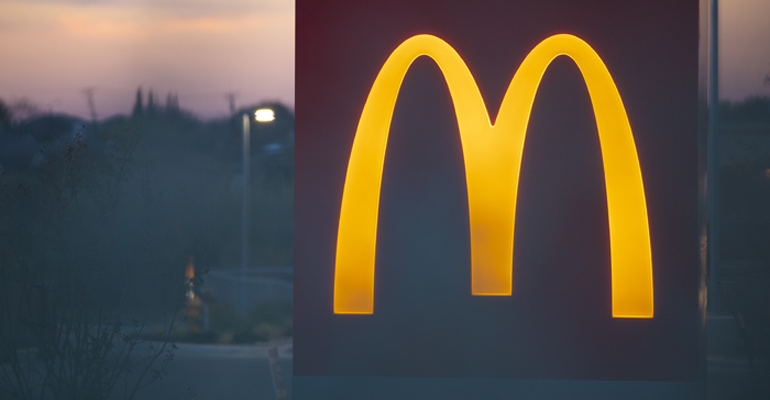 The tight labor pool is forcing chains to find creative ways to fill jobs including McDonald’s, which launched an unprecedented collaboration Wednesday with AARP aimed at filling 250,000 summer jobs with adults over the age of 50.

The move comes as workforce participation of adults ages 55 and older, often known as baby-boomers, are projected to grow to 24.8 percent in 2026, according to the latest federal labor statistics. McDonald’s said it is “leaning” on this fast-growing segment of the workforce to fill everything from morning cashier shifts to management roles.

“For the first time ever, five generations are now working together under the Arches,” McDonald’s U.S. chief people officer Melissa Kersey said in a statement.

In a follow up interview with Nation’s Restaurant News, Kersey said students and young adults continue to be “our bedrock” when it comes to hiring. But during an assessment of workforce trends last year, Kersey said McDonald’s restaurants were seeing a need for staffing at breakfast and lunch.

“Young adults typically prefer not to work that 5 a.m. shift,” Kersey said. “So, we needed to go after different workforce.”

With a growing number of adults seeking work after the age of 50, going after that demographic seemed like a natural fit, Kersey said.

Currently, 11% of the workforce at company operated McDonald’s stores are age 50 and over. While McDonald’s does not have owner-operator statistics, she said company demographic data often mirrors what’s happening at franchise locations.

Kersey said McDonald’s wants to be a pioneer in the industry when it comes to providing seniors the kind of jobs they seek. The job opportunities, she said, are unlimited from line cook to cashier to shift manager to general manager.

“We want to make this a strategic initiative,” she said. “We want this group to stay and grow with us.”

McDonald’s said there are two parts to the collaboration with AARP and its foundation. The first national hiring effort will feature job postings on AARP’s job board from “employers who are committed to an age-diverse workforce and looking for experienced talent,” McDonald’s said.

The second outreach will involve working with workforce programs run by the AARP Foundation. The pilot program will start in five states: Florida, Illinois, Indiana, Missouri and North Carolina. A nationwide rollout will occur later this summer. The goal of this program is to match a job candidate with the right employer.

“This process will help McDonald’s and its independent franchisees, who opt into the program, hire a multigenerational workforce for their restaurants allowing older Americans access to the educational and career benefits available to McDonald’s employees as they re-enter the workforce,” McDonald’s said.

Kersey said the AARP and AARP Foundation collaborations are positioning “McDonald’s as a place where people at every stage of working life can see themselves grow and thrive while bringing stability and a different perspective that everyone can learn from.” 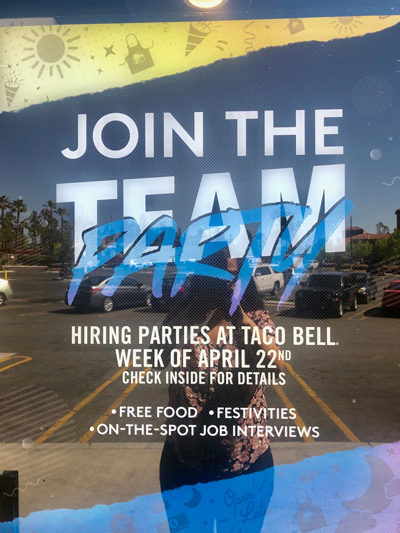 McDonald’s, which has nearly 14,000 locations in the U.S., isn’t the only large scale quick-service player finding new ways to fill jobs.

The parties started April 22 and run through April 27. When candidates walk in, they are greeted by at least one general manager, and offered free food and a beverage while they’re being interviewed.

“When you have a central place to go to apply, the kids don’t feel so afraid to go in,” said Taco Bell general manager Veronica Sterling during a hiring party event held Tuesday in Orange, Calif.

That was the case with job applicant Emma Rizo, who interviewed with Sterling.

The 20-year-old had a bad experience with a prior employer who didn’t offer any job training. After meeting Sterling, she said she felt good about taking a job at Taco Bell because the manager explained Taco Bell’s intensive training program, which can last up to 40 days.

She was also told about the various perks associated with working for the brand, such as scholarship opportunities, tuition assistance and educational counseling. 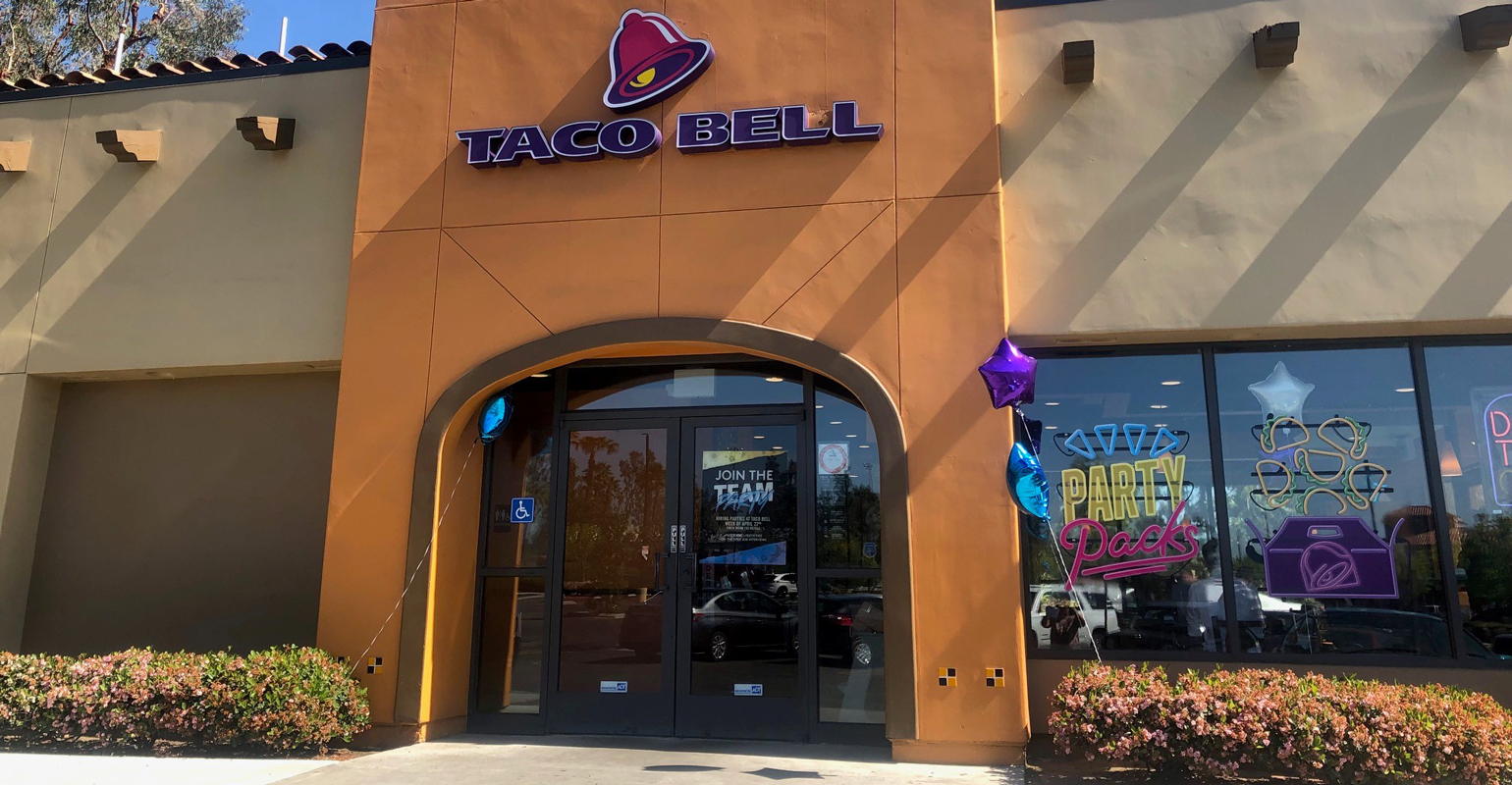 “This was a super awesome way to interview,” she said. “I felt comfortable. Hopefully, they call me.”

Taco Bell chief people officer Frank Tucker, who was at the hiring event in Orange, said the challenging labor market is forcing the brand to be creative when it comes to hiring and training.

Teen workers have traditionally been the backbone of seasonal jobs in the quick-service industry, but far fewer of them are in the labor force, according to the Pew Research Center. In a July 2018 report, the center estimated roughly 5.7 million teens working in June, down from 8.1 million in May 2000.

Attracting teens is especially important at Taco Bell. More than 50% of employees at Taco Bell corporate stores are ages 16 to 24.

“We have to be as innovative in this space as we are with our food,” Tucker said.