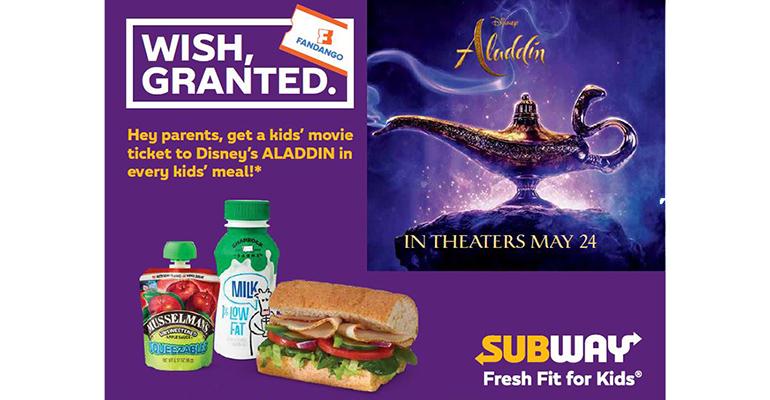 Subway is raising awareness for its Fresh Fit For Kids meal with a tried-and-true family-focused marketing device: Disney.

The Milford, Ct.-based sandwich chain is giving away a free child’s ticket for Disney’s Aladdin, which premieres May 24, with every purchase of a Subway kids’ meal. The Fresh Fit For Kids meal will also come with one of four new collectible Aladdin-themed games.

The offer runs now through June 27. 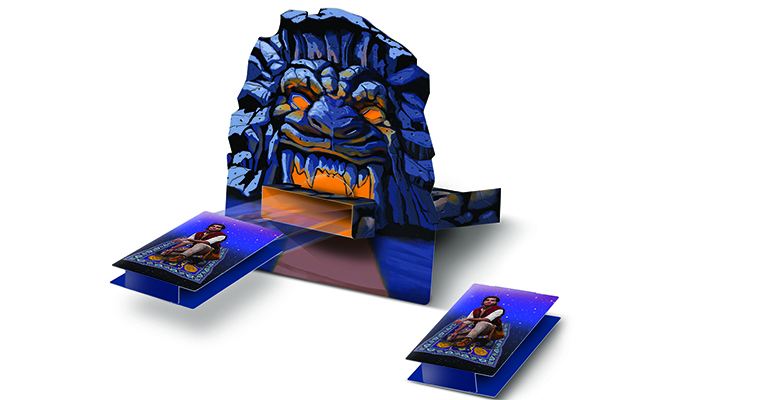 The promotion comes as the brand has made several efforts to change its image over the past year through store refreshes and a partnership with Tastemade. Subway and the food media brand recently collaborated on a new “inspired by Tastemade” sandwich, The Green Goddess Tuna Melt.

Subway has also closed and or relocated hundreds of stores over the past year. 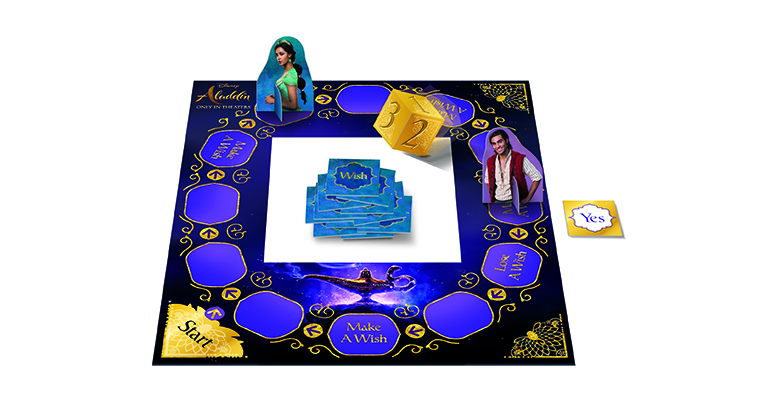