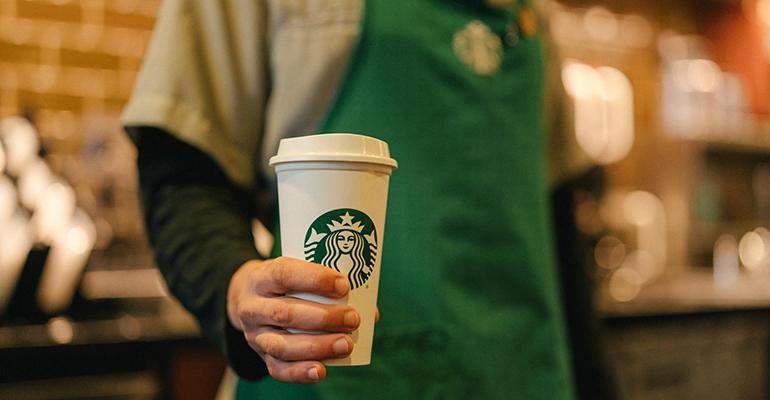 The Roastery, which has been unionized since an NLRB election in April 2022, is one of 245 Starbucks stores nationally that have voted to unionize.
News>Quick Service

Starbucks has settled its first National Labor Relations Board complaint with unionized workers — the first of 20+ legal complaints that are currently being considered — concluding with an agreement between the Seattle-based coffee giant and the unionized New York City Roastery location, according to SBWorkers United.

The initial complaint cited unfair labor practices — including retaliatory actions against union leaders — and according to SBWorkers United, the legal settlement requires Starbucks to remove “certain unwarranted disciplinary actions from employee records” and post the notice of the settlement in the employee break room at the Roastery for at least 60 days. However, the settlement does stipulate that it “does not constitute an admission [by Starbucks] of wrongdoing, liability or violation of law.”

“I think this sets an example for everyone to see that they don’t have to get rolled over by big corporations,” New York City roastery employee Joel Foote said in a statement released by SBWorkers United. “Good workers should not be made to feel like delinquents and intimidation is not a practice I support so I’m glad we won the settlement.”

The Roastery, which has been unionized since an NLRB election in April 2022, is one of 245 Starbucks stores nationally that have voted to unionize.

Related: What Chipotle's union means for the industry

“We’re pleased Workers United agreed that there was no wrongdoing and has withdrawn the charges,” said a Starbucks spokesperson, referring to a clause from the settlement expressly denying wrongdoing. “We look forward to meeting them at the bargaining table in good faith to move the process forward.”

On the same day that the legal settlement was announced, Starbucks released an update to its family benefits for all employees on a company benefits plan, including those who are unionized. The Family Expansion Reimbursement Program is meant to help employees that are looking to expand their families through surrogacy or adoption, and reimbursement of related expenses have now increased from $30,000 maximum to $40,000 maximum, among other updates to the program.

While this update is not likely a direct response to the legal settlement, Starbucks has been trying to ramp up employee benefits and updates in recent months as the union movement has gained momentum.

“These updated benefits demonstrate that at the heart of the reinvention of the company is investing in partners well-being so they can thrive at work and as individuals as Starbucks has always strived to do,” Starbucks said in a statement.

Starbucks is not the only party that has been busy working on worker benefits. SBWorkers United just published its requests for unionized workers’ scheduling and dress codes, which will be addressed in union contract negotiations that have only recently begun.

The union’s language requests that Starbucks require no dress code, other than the iconic green apron and clothing that follows “local, state and federal health and safety standards” and will provide or reimburse employees for “two pairs of non-slip shoes per year.”

Our proposal is way better and more comprehensive than any current Starbucks Dress Code Policy. Not only would it relax dress code standards to match only what’s required by local, state, and federal health & safety standards pic.twitter.com/aYSVzDnlWd

The second SBWorkers United proposal, which covers the right to transfer and pick up shifts, allows union workers to pick up shifts from other stores, requires a written explanation from Starbucks if a request to pick up or switch a shift is denied, and allows for the temporary transfers of staff between stores, among other demands.

This story has been updated to correct which employees are eligible for the Family Expansion benefit, and to add a quote from a Starbucks spokesperson.
TAGS: Workforce
2 comments
Hide comments
Related
Sponsored