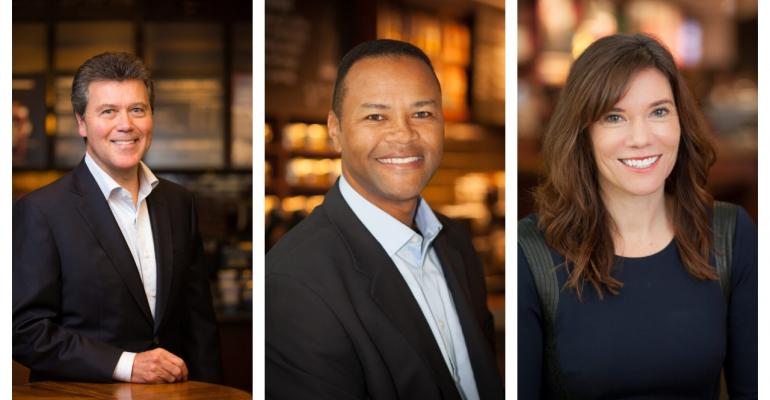 Starbucks
The three promotions will be effective on June 28.
News>Quick Service

Culver replaces Rosalind Brewer, who left the company in January

These personnel changes are effective June 28.

“As we plan for the 2022 fiscal year and beyond, Starbucks is fortunate to have a deep, talented and diverse team of senior executives we are able to tap to help lead us forward,” Kevin Johnson, president and CEO of Starbucks said in a statement. “These appointments support our Growth at Scale agenda to bring about predictable, sustainable growth for the long-term, as well as our commitments to being a people positive and planet positive company. I want to congratulate John, Michael and Michelle on their promotions and look forward to continuing to work with them closely.”

Culver has been with Starbucks since 2002 and worked in a number of positions, starting with vice president and general manager of foodservice and including group president of international and channel development. He has led Starbucks’ international growth for the past 15 years.

Conway joined Starbucks in 2013 as a leader in channel development and has also led the Starbucks U.S. stores and Canada businesses. His new role will be an expanded one and will allow him to lead the retail business segment, including all international markets outside of the U.S. and Canada.

Burns has more than 26 years of experience at Starbucks, and held multiple positions including senior vice president of branded solutions, channel development, and her promotion, according to Johnson, “Recognizes the critical role coffee plays” in their intersectionality of the company’s people, planet and agricultural goals.