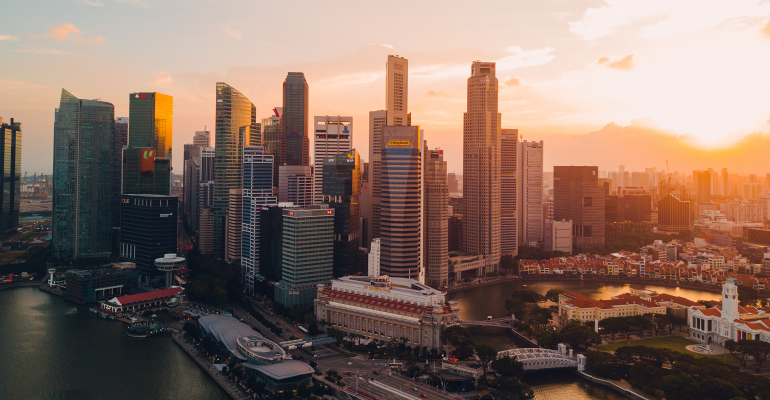 Burger King and KFC are eliminating, or limiting, straw and lid use

The strawless revolution has made its way to Singapore. Like many brands around the world, Singapore’s Burger King and KFC restaurants have both made moves to remove or significantly reduce straw use.

On Monday, Burger King Singapore announced they had stopped giving dine-in customers straws and plastic lids for beverages in its 42 outlets, according to the Singapore's New Paper.

"The removal of straws and lids will help our guests rethink whether they really need them and get everyone to do their part in keeping the environment clean,” Burger King Singapore general manager Goh Chin Hou told the paper.

"It may seem like a drop in the ocean, but when more organizations adopt the initiative, we believe it will send a positive signal to the community, and we hope that ripples will eventually turn to waves."

Burger King isn’t the first QSR brand in Singapore to reduce straw use. In June, KFC Singapore announced they would no longer be serving beverages with plastic caps or straws at their 84 locations.

In a press release, Lynette Lee, general manager, Kentucky Fried Chicken Management Pte Ltd. said, “We acknowledge the strain that single-use plastics put on our environment and are taking steps to do our part in endeavoring a change. We recognize that every little bit counts and are proud to be the first fast food restaurant in Singapore to champion this movement, one straw at a time.”

In July, Starbucks pledged to eliminate more than 1 billion plastic straws per year from its stores worldwide by 2020 and the company recently released a strawless lid.

In June, McDonald’s announced they would begin replacing plastic straws with paper straws in the United Kingdom and Ireland. Belgian McDonald’s restaurants are also testing straw alternatives, with more trials planned for select restaurants in the U.S., France, Sweden, Malaysia, Norway and Australia later this year, McDonald’s said at the time.