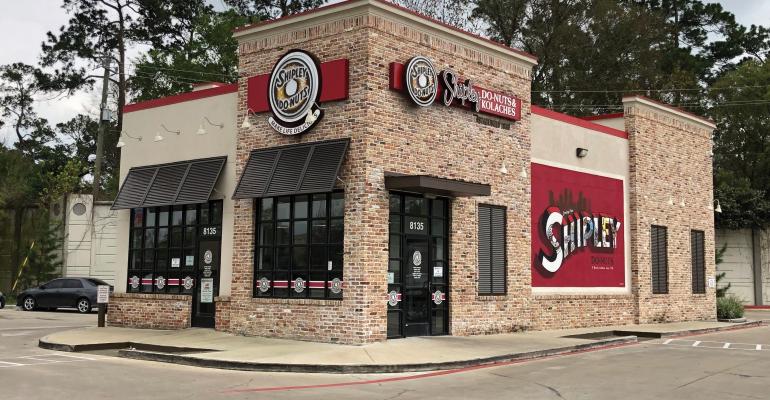 Shipley Franchise Co. has expanded its senior leadership team with the addition of Clifton Rutledge as CEO and Hank Simpson as chief operations officer, the company said Monday.

Houston-based Shipley, which also owns Shipley Do-Nut Flour & Supply Co., said Rutledge had served as executive chairman of the company. Craig Lindberg, current Shipley president, would remain in his role as a senior member of the leadership team, the company said.

"Clifton and Hank bring to Shipley impressive track records across numerous restaurant industry leadership roles," said Robert Strauss, a Shipley board member, in a statement. "Their experience and talent will help drive significant growth in the business through new-unit expansion, same-store sales growth and enhanced operations."

Rutledge has more than three decades of top restaurant leadership experience, previously serving as chief operating officer at Jack’s Family Restaurants, as president and CEO of Bojangles Chicken and Biscuits and as COO at Whataburger.

Simpson joins Shipley from Panera Bread, where he most recently served as chief development and franchise officer.

Founded in 1936, Shipley Do-Nuts is a quick-service restaurant franchisor with more than 300 locations. It offers a menu of doughnuts, kolaches and beverages.

The Shipley companies were acquired in late 2020 by an affiliate of Austin, Texas-based Peak Rock Capital, a private investment firm.

Shipley Do-Nuts was founded by Lawrence Shipley. His grandson, Lawrence Shipley III, retired from the company concurrent with its sale to Peak Rock. Shipley indicated that his family remains an investor in the chain.

Rutledge said the Shipley team was “fully committed to the success of all of our current and future franchisees, guests and communities, and together, we will accelerate Shipley's growth trajectory by continuing to invest in our franchisees' success with industry-leading ingredients, equipment, technology and service.”

Shipley has locations in nine states.