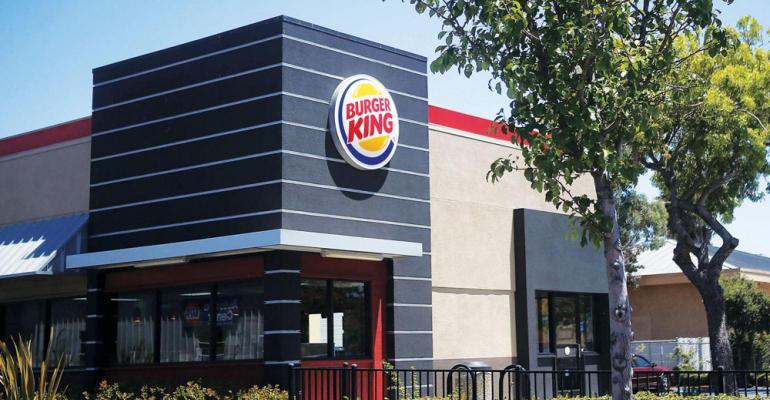 “In 2018 we continued to deliver strong growth on our top and bottom lines,” Daniel Schwartz, RBI’s co-chair of the board, told investors in an earnings call.

Schwartz was CEO of the company until late January, when he was replaced by Jose Cil, who had been Burger King’s president since 2014.

Schwartz pointed to technological advances in each brand, including self-ordering kiosks, delivery and mobile apps being launched by each of the three brands in their home markets — Canada for Tim Hortons and the United States for Burger King and Popeyes — as well as the launch of BK’s new Burger King of Tomorrow design prototype, which emphasizes ordering kiosks and outdoor digital menu boards at drive-thrus.

A new loyalty program also would be launched at Tim Hortons in 2019, he said.

Tim Hortons saw an increase in same-store sales of 1.9 percent for the quarter and 0.6 percent for the year, with particularly robust sales in Canada, which saw comparable sales grow by 2.2 percent. Schwartz said that was driven largely by all-day breakfast sales and successful marketing initiatives, including a return of its True Stories campaign, “each of which highlights how Tim Hortons is so uniquely and highly connected to the communities and the guests that it serves,” he said.

Popeyes had 3,102 restaurants at the end of the year, a 7.3 percent increase for the year, contributing to sales growth of 6.3 percent for the quarter and 8.9 percent for the year. Annual same-store sales growth was 1.6 percent, but was just 0.1 percent for the fourth quarter. Schwartz said the slowdown was due to “less impactful” limited-time offers in the second half of the year. He added, however that December sales improved compared to those of October and November thanks to a $20 Holiday Feast promotion.

He said the rollout of delivery to more than 1,100 domestic Popeyes locations, representing nearly half of all U.S. units, in one year, helped drive sales.

“We have found delivery to be particularly incremental for the Popeyes business, and while delivery now represents a more meaningful portion of our sales in the U.S., we think it can be much bigger still,” he said.

The burger chain had a total of 17,796 units worldwide at the end of the year.

“We continue to believe that we have several opportunities to drive sustainable comparable sales growth over the long run, including through a balanced menu structure and a strong pipeline of innovative and relevant product and platform launches coupled with strong marketing,” Cil said.

“We’re fundamentally a brand-led company and we’ve demonstrated this through impactful, edgy marketing campaigns including the Nightmare King, the Whopper Detour and most recently our Eat Like Andy ad during the Super Bowl.”

The Whopper Detour allowed customers to purchase a Whopper for 1 cent via the chain’s app if they were close enough to a McDonald’s. Cil said the promotion led to 1.5 million downloads of the app, making it the most downloaded app in the Apple store for several days, and the most downloaded app among its quick-service competitors for the month of December.