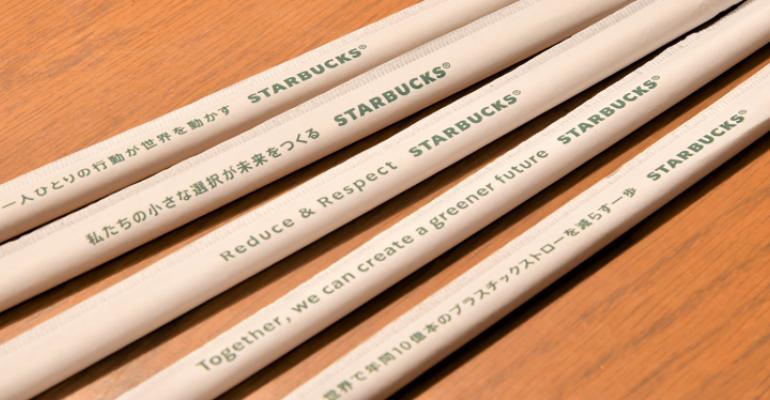 Starbucks cafes in Japan are eliminating the use of 200 million single-use plastic straws a year at 1,500 stores that are making the switch to paper straws, the Seattle-based company announced Wednesday morning.

The paper straws, which come wrapped in packaging with positive messages about sustainability, will start to show up in cafes in January. The rollout will be complete by March. However, Starbucks said large-sized paper straws for Frappuccinos won’t be available until May 2020.

The move comes as Starbucks tries to meet a 2020 deadline.

In July 2018, the company announced plans to eliminate more than 1 billion plastic straws per year from its 28,000 worldwide stores by 2020.

It's unclear if they will make it. The company did not respond when asked for an update on other global efforts.

Starbucks stores inside Disney theme parks in the U.S. have also phased out plastic straws, a move that coincided with sustainable efforts announced by The Walt Disney Co.

In Japan, the paper straws are made from responsibly sourced paper certified by the Forest Stewardship Council. The paper wrapping comes with sustainable messages written in both Japanese and English. Planet-friendly phrases include “Reduce & Respect” and “Together, we can create a greener future.”