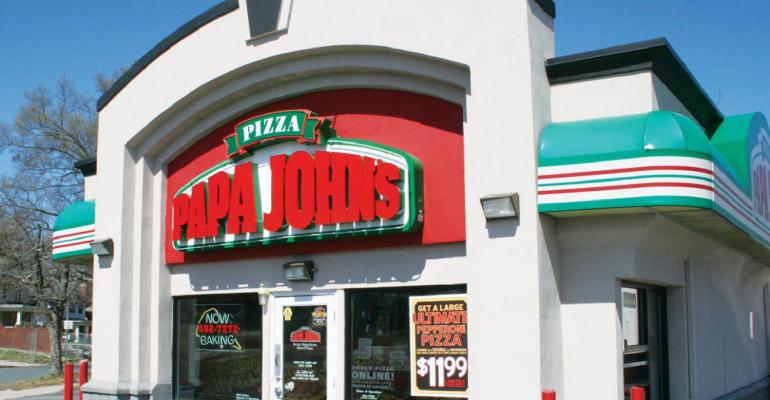 Papa John’s International Inc. reported their seventh straight quarter of growth Thursday, with a 26% increase in North American same-store sales for the first quarter ended March 28. The growth was driven by menu innovation including the continuing popularity of the Papadias and the new Epic Stuffed Crust Pizza, introduced in December.

“Papa John's Q1 same-store sales in North America and across our international footprint significantly outpaced our larger pizza industry peers,” Papa john’s CEO Rob Lynch said during Thursday’s earnings call. "Over the last 18 months, our strategy, which is focused on innovating up against all of our business platforms, including our culinary offerings, our consumer-facing and back-of-house technologies, our customer experience and our delivery capabilities has been a significant contributor to our sustainable long-term comp sales and margin growth.”

Lynch added that Epic Stuffed Crust Pizza fans are more likely to be new customers, and that they will continue ramping up menu innovation, specifically with the Papadias, first introduced in early 2020. As for menu innovation in the future, Lynch said that they have a lot of ideas “ready to go” but they’re trying to decide whether it would be more lucrative to introduce them as LTOs or new permanent menu platforms.

Papa John’s added 68 net new stores in the first quarter: the highest quarterly unit growth the Louisville, Ky.-based pizza chain has seen in 20 years. In addition to physical growth, the company also reported significant digital growth: with delivery encompassing about three-quarters of their business, and about half of those transactions come from Papa John’s loyalty program members (now at 20 million, up from 12 million two years ago).

Delivery has been a major growth driver for Papa John’s, with sales through third-party delivery partners increasing fivefold year-over-year, contributing to the acceleration of same-store sales growth, particularly in North America.

Lynch said that he does not see their strategy shifting in this regard, as digital sales momentum grows.

“We've significantly reduced the amount of discounting in this business,” he said. “When other companies talk about driving the carryout business, they're going to give incentives to do that, that's not in our strategy, and I don't see that at a disadvantage at all.”

As of March 28, Papa John’s had 5,468 restaurants internationally.