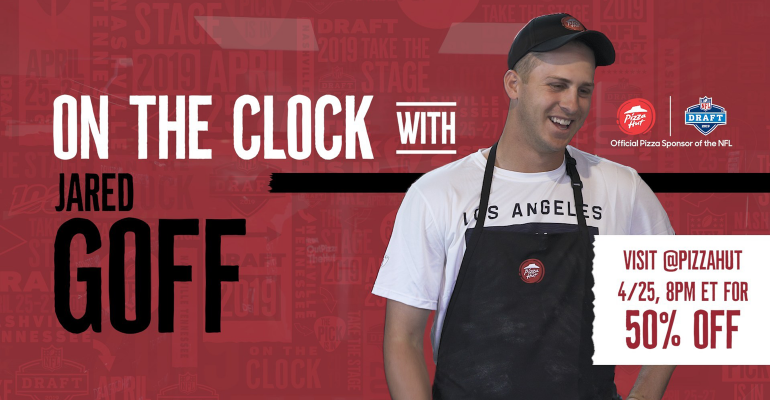 In its second year as the official pizza sponsor of the National Football League, the Plano, Texas-based restaurant brand will release a code that can be redeemed for 50% off on all menu-priced pies ordered online. The discount will be offered during the first pick of the NFL Draft starting Thursday and will be available throughout the entire duration of the draft.

To receive the code, guests are encouraged to go to Pizza Hut's Facebook, Twitter or Instagram page. Those who use the code throughout the weekend will also be entered for the opportunity to win a VIP trip to see their favorite NFL team play during the regular season.

This article has been updated to reflect that Pizza Hut's discount will be available during the entire NFL Draft.
TAGS: People Video Marketing
0 comments
Hide comments
Related
Sponsored