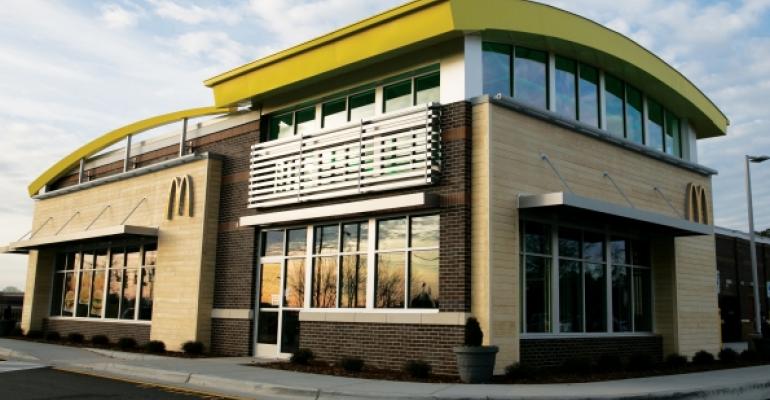 McDonald’s Corp.'s same-store sales fell 4 percent in the U.S. in February, the company said Monday, as competition continued to eat into the burger chain’s business.

Globally, the Oak Brook, Ill.-based operator’s same-store sales fell 1.7 percent, as easier comparisons were no salve to what has been ailing the company for the past 18 months.

“Consumer needs and preferences have changed,” the company said in a release. “And McDonald’s current performance reflects the need to evolve with today’s consumers, reset strategic priorities and restore business momentum. The goal going forward is to be a true destination of choice around the world and reassert McDonald’s as a modern, progressive burger company.”

McDonald's again cited “aggressive competitive activity” for its weakness in the U.S., where same-store sales have fallen 5.3 percent on a two-year basis. February was expected to be better, given that the company is now lapping weak sales in 2014, when weather kept people at home. But it appears that consumers are shifting spending to other quick-service brands like Burger King, as well as fast-casual restaurants and even convenience stores.

For the year to date, same-store sales have fallen 1.8 percent in the U.S. and 1.8 percent globally. Global systemwide sales for the chain have dropped 8 percent so far in 2015.

McDonald’s started March with a “Turnaround Summit” with the company’s operators to highlight its ongoing efforts to lift domestic sales. One of its first efforts was to announce plans to phase out the use of human antibiotics in chicken in the U.S. and to stop serving milk from cows treated with growth hormones.

Other plans include giving regions more autonomy on marketing and menu items to enable those regions to offer items more fit for local tastes. The company has eliminated a few items from its menu. It is also working to add consumer-facing technology, with a promised smartphone app this summer.

But maybe the biggest change, a customization platform called Create Your Taste, which enables dine-in customers to customize burgers and chicken sandwiches, remains in test in the U.S.

In Europe, McDonald’s same-store sales increased 0.7 percent. Improving sales in the U.K. and Germany offset continued weakness in Russia. Because of Europe’s macroeconomic headwinds, the company is using a “balanced approach” to sales there, with new menu items, promotion of existing items and value offerings.

The company’s markets in Asia continued to be weak, with sales falling 4.4 percent in February in its Asia Pacific, Middle East and Africa, or APMEA, division. McDonald’s is struggling with “broad-based consumer perception issues in Japan,” though sales were positive in Australia. China has been a problem for months because of food safety concerns.

Systemwide sales in APMEA have decreased 11.3 percent, year to date, and have declined 14 percent in Europe.

McDonald's does not break out other markets, including Canada and Latin America, only noting that sales in those markets were strong in February.

Still, the company's primary concern remains the home front, which is still its biggest market. Piper Jaffray analyst Nicole Miller Regan said in a note Monday that the company’s efforts in the U.S. “should yield positive results, over time,” but that deploying all of its initiatives domestically will be a “legendary task.”