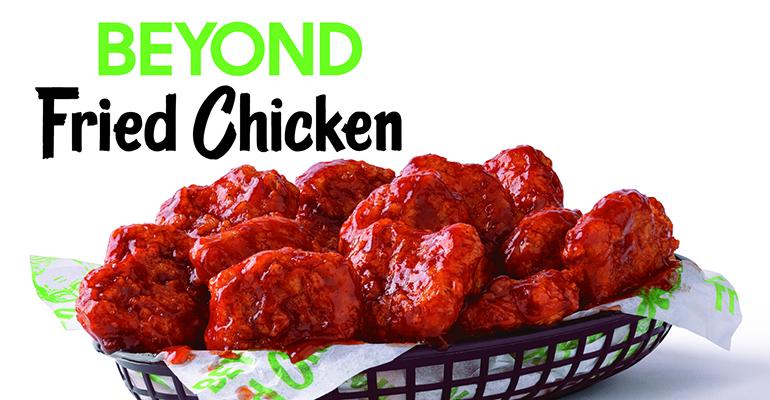 About 70 stores will get tweaked recipe that tastes and pulls apart like a chicken breast; the new recipe comes as Tim Hortons ends Beyond Meat experiment due to lack of consumer interest

KFC is giving consumers another chance to try its Beyond Meat plant-based chicken, which now pulls apart like a chicken breast thanks to a new and improved recipe.

The second trial begins Monday, Feb. 3, at nearly 70 restaurants in Charlotte, N.C. and Nashville, Tenn. In August, KFC’s one-day test of Beyond Fried Chicken at a store in Atlanta sold out in less than five hours. Seeing the demand, the two brands worked together to make improvements to the plant-based chicken nuggets and boneless wings.

The Louisville, Ky.-based chain said the new recipe is designed to “deliver on the taste and texture of whole muscle chicken" as the tweaked product is closer to its animal protein equivalent.

“The iconic flavor of Kentucky Fried Chicken is one that has never been replicated, despite many imitations, until now,” Andrea Zahumensky, chief marketing officer of KFC U.S, said in a statement. “We’ve really pushed the limits to develop plant based chicken that I think will have KFC and plant-based protein fans saying, ‘That’s finger lickin’ good.’”

“Together with KFC's team, we have created a plant-based chicken that looks, tastes and pulls apart like a chicken breast,” Brown said in a statement. “I am very proud of what our R&D teams have accomplished and look forward to continuing to lead the charge on plant-based chicken.” 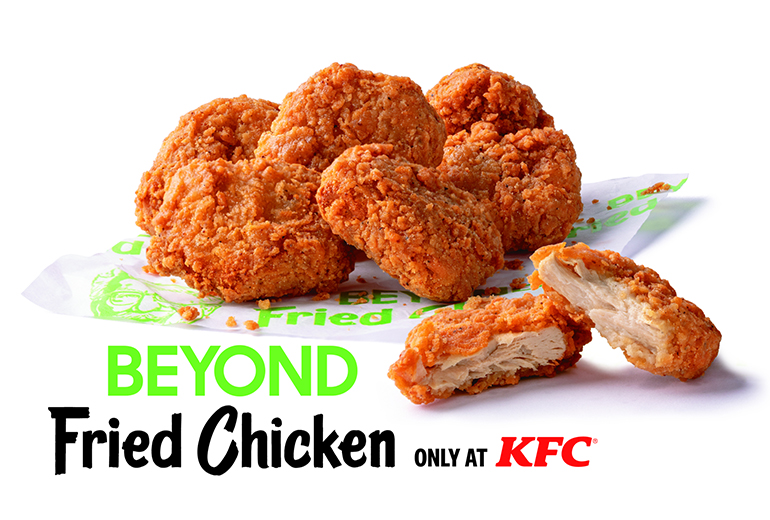 Beyond Meat is one of the leading suppliers in the growing plant-based meat space. The company, whose CEO is a 2020 Power List recipient, has earned a reputation for customizing plant-based products for restaurants.  Restaurant customers include Carl’s Jr., Del Taco, Hardee’s, Dunkin' and Subway.  Up until this week, Beyond Meat products were served in about half of Tim Hortons Canadian locations. But the coffee and doughnut chain, owned by Restaurant Brands International, said this week that it is removing the plant-based product because it was not embraced by guests, according to Reuters.

Beyond Fried Chicken will be available in the two test markets from Feb. 3 through Feb. 23.

During the Atlanta test, KFC sold the boneless wings in one of three sauce options: Nashville Hot, Buffalo or Honey BBQ. The wings were $6 for six pieces, or $12 for 12 pieces. The nuggets were served with choice of any KFC dipping sauce. The cost: $1.99 for four a la carte pieces.

In the latest test, the prices will range from $4.29 to $15.99. KFC’s new Secret Recipe Fries will be available for combo meals in test markets.

KFC, a division of Yum Brands, has more than 23,000 restaurants around the world.

Updated: This article was edited Jan. 30 to include additional details about the new plant-based product and Beyond Meat's clients.