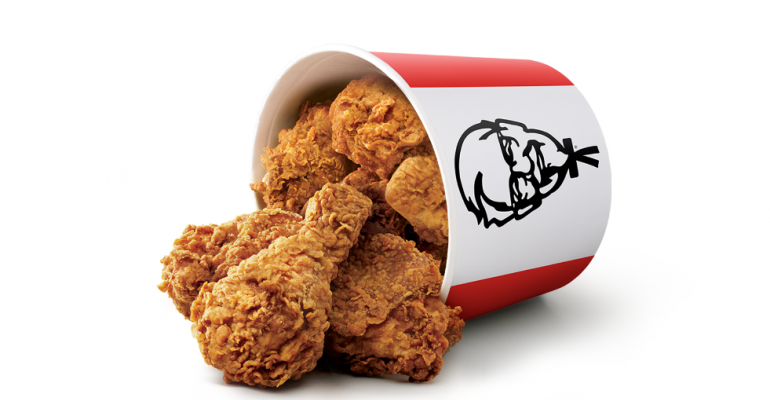 Advertising with the slogan will pause today in the United Kingdom, Netherlands, South Africa, Canada, parts of Asia, Middle East and North Africa; KFC's U.S. division paused the slogan back in March when the pandemic first hit.

At a time when the public is being told over and over to have good hand hygiene, KFC's international division has decided to pause the use of its famed "It’s Finger Lickin’ Good" slogan in campaigns.

"We find ourselves in a unique situation—having an iconic slogan that doesn’t quite fit in the current environment," Catherine Tan-Gillespie, global chief marketing officer, said in a statement released Monday. "While we are pausing the use of It’s Finger Lickin’ Good, rest assured the food craved by so many people around the world isn’t changing one bit."

As of Aug. 24, the pause applies to advertising and in-store signage in United Kingdom, Netherlands, South Africa, Canada, parts of Asia, the Middle East and North Africa, the company said.

KFC's U.S. division paused use of the slogan back in March at the onset of the pandemic first, representatives told Nation's Restaurant News.

The pause of the slogan, around for 64 years, is expected to last "for a little while," the company said.

In making the announcement, the quick service chain, whose parent company is Yum Brands, poked fun of itself.

The headline to the international press announcment read like this: "And the Winner of the Award for the Most Inappropriate slogan for 2020 GOES tO...KFC."

"Whilst we’re taking a moment to have a little fun, rest assured we’re still going to be providing Finger Lickin’ Good chicken and a responsible experience for our amazing team members and guests around the world," the company said. "And for all those fans, don’t worry - the slogan will be back. Just when the time is right."