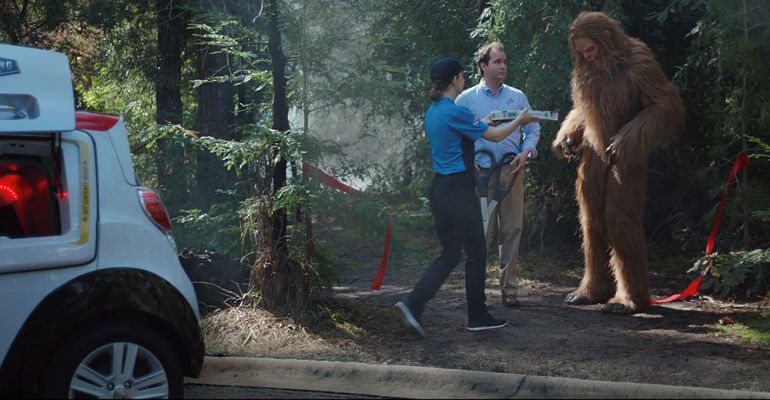 “It was an outstanding quarter,” CEO Ritch Allison said of the three-month period ended Sept. 9, 2018, which saw domestic same-store sales growth of 6.3 percent compared to the third quarter of 2017.

This was the 30th consecutive quarter of domestic same-store sales growth, according to a release announcing the earnings.

Chief financial officer Jeff Lawrence said the increase in domestic sales was due both to increased order count and higher average checks, while higher international same-store sales, up by 3.3 percent, were driven entirely by order count.

He added that European same-store sales were down “slightly,” without providing more detail, adding that they were working to regain momentum in the region.

Allison said the introduction in April of “HotSpots” — delivery locations without addresses, such as parks, beaches and local landmarks — and the Paving for Pizza program, also launched in the spring, in which the pizza delivery chain finances the paving of potholes in some communities to promote the importance of its carryout business, “both generated terrific attention.”

He added that the uniqueness of those programs differentiated Domino’s form other chains and were more effective than the limited-time offers attempted by competitors.

The consistent value proposition of two medium two-topping pizzas for $5.99 each, which has been available for nine years, also remains an important feature of the brand, he said.

This was the first full quarter in which the HotSpots were in effect. They are selected by individual franchisees, who can turn them on and off at will, allowing them to deliver to parks during festivals or beaches when they’re open, and then turn them off to avoid the risk of delivering to deserted locations.

“HotSpots have been a really fun program for us,” Allison said. Adding that it generated “terrific brand engagement” starting with franchisees who set them up and followed by excitement from customers and media attention.

There are now more than 200,000 HotSpots domestically, but Allison said so far they were more attention-getting than actually contributing to sales growth.

He added that the company also was investing in useful technology that functional and less attention-getting, such as voice-activated and mobile capabilities at some stores that helped with inventory and other important operational activities that weren’t customer-facing.

“We’re going to continue to be front-footed,” Lawrence said, continuing to innovate in technology and marketing that would support franchisees.

Domino’s opened a net 59 locations domestically and 173 internationally, ending the quarter with 386 company-owned restaurants, 5,365 domestic franchised locations and 9,603 international locations, for a total of 15,354 restaurants worldwide.