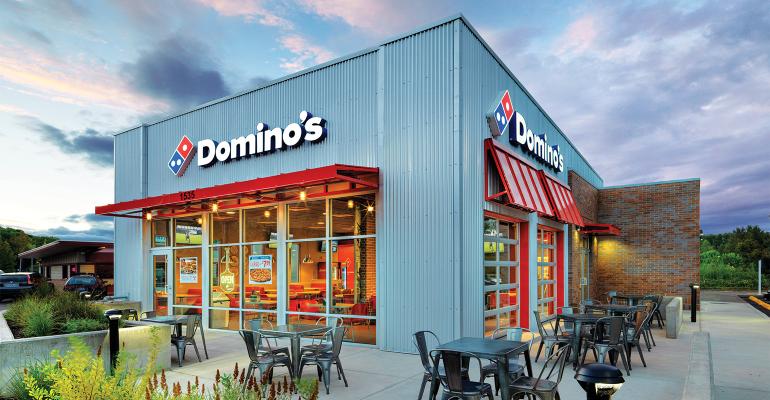 3.9% gain capped a 32-quarter growth streak, but was the smallest increase in more than three years

Related: Domino’s plans to grow in size by 60 percent in next six years

Despite performance falling short of analyst predictions and “soft” international sales growth, Domino’s shares were up more than 9% as of Wednesday morning.

“I am not happy with recent international comps performance,” Allison said during the call. “One area we plan to step up is in the use of and reliance on customer insights and data […] Data decision-making has improved performance in many areas for us. Lately it has enhanced our in-store performance [and will continue to] support our fortressing initiative.”

Fortressing continues to be a key Domino’s strategy for long-term growth, as first outlined at the company’s investor conference in January. By pursuing aggressive store growth within the same markets, the company hopes to cut down on driving and customer wait times, and cut into tough competition from third-party delivery services like GrubHub Inc. and UberEats.

“Big increases in advertising spend by third-party delivery around free or discounted delivery led to a lot of trial in urban and suburban markets,” Allison said during the earnings call, noting that the competition had a “slightly greater impact” on Domino’s domestic same-store sales.

But Domino’s won’t be pursuing third-party delivery partnerships, as some of its competitors, including Papa John’s, have.

“It’s not clear why I would want to give up the franchisee’s margin or data in the business and give it to someone who would ultimately use it against our business,” Allison said during the call.

Loyalty is another key aspect of Domino’s strategy moving forward. Allison cited the Points for Pies loyalty rewards program, which launched last quarter ahead of the Super Bowl and rewards customers for eating any pizza, even from rival brands, as a success thus far.

“The Points for Pies program helped us drive sales but most importantly it helped us continue to reinforce loyalty program membership,” Allison said during the call. “We have more than 20 million active members and we saw increases last quarter in app downloads and loyalty membership.”