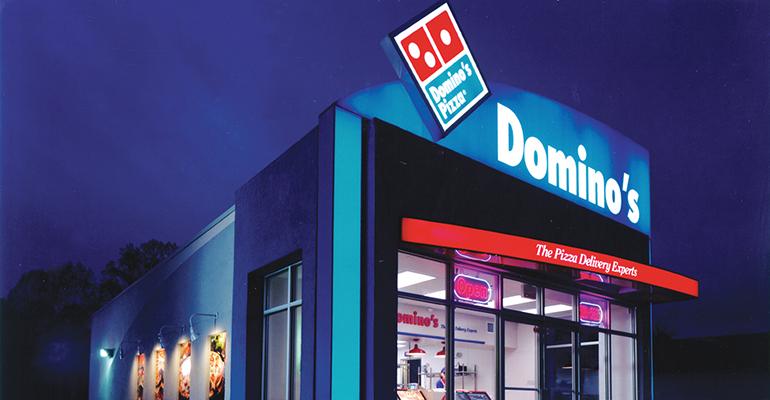 But he isn’t retiring after he leaves, either

“We surprised you a little last night with a little announcement,” said Domino’s Pizza’s CEO Patrick Doyle at the start of the company's investor day meeting. He was referring to the news that he would step down as CEO in June of the pizza company he built a tremendous success.

This announcement took many in the industry by surprise. But didn’t shake analysts’ confidence in the company.

“While we are surprised and admittedly disappointed with the announced departure of CEO Patrick Doyle, the change in leadership does not change our view of the company or investment thesis,” wrote BTIG restaurant analysts Peter Saleh and Ben Parente in a research note.

“We continue to believe that Domino’s will successfully leverage its leadership position in digital and value to drive industry-leading sales growth and market share gains from small chains and independent operators.”

Doyle tried to put to rest the rumors circulating about his next position, which include taking on the CEO position at Chipotle. Doyle said he will be focused on Domino’s for the next six months. For the following six months, he hopes to put his feet up and spend time with his wife and children, he said. After that he said he didn’t have firm plans, but he wasn’t retiring.

“Every other theory out there about what I’m going to be doing is incorrect,” he said.

Doyle said he was leaving, in part, because he had reached many of the goals he set for himself — including becoming the number one pizza company in the world — and in part because of his personal belief that CEOs shouldn’t stick around for too long.

But there’s still more to do, he said. Although Domino’s, by some accounts, recently passed Pizza Hut as the largest player in the segment, the Ann Arbor, Mich.-based chain only has around a 15 percent market share.

“In every other category, there is a dominant player, and they have north of a 20 percent market share,” he said.

To increase its market share, the company will focus on takeout, and that will mean opening more stores.

“For us to be successful in carryout, it actually requires us to be higher density in stores than we are today,” he said. Domino's currently has more than 14,400 units in over 85 international markets.

Richard Allison, the president of Domino’s International, who will replace Doyle as CEO, spoke about the leadership change. And he discussed the fragmentation of the pizza segment and what that means for Domino’s.

“We still only sell 1 in 6 [pizzas] in the U.S. and 1 in 15 [pizzas] outside of the U.S.,” he said. The fragmented industry gives the company room to grow domestically and internationally, he said.

Russell Weiner, president of Domino’s USA, who will be promoted to the newly created position of chief operating officer and president of the Americas on July 1st, took a few shots at third party delivery. He dissected a recent UberEATS receipt and criticized its booking fee and “busy area” fee, which totaled around $11.

“We invest like a disruptor, but unlike these other disruptors, we deliver.” By which he meant, deliver profits.

After the meeting, Mark Kalinowski, a restaurant industry analyst for Nomura Securities International, raised the company’s target price from $201 to $230 based on the improved outlook for domestic store count and a lower expected effective tax rate, which the company believes will be in the 22 percent to 24 percent range.