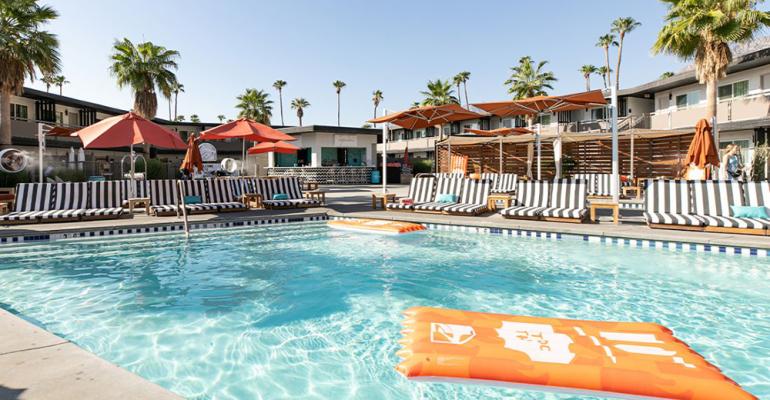 Taco Bell superfans are traveling from 21 states to be a VIP Supreme at the chain’s branded pop-up hotel, which opened its doors Thursday afternoon at a chic desert resort in Palm Springs.

No stone was left unturned for guests stepping foot inside The Bell: A Taco Bell Hotel and Resort – from the Taco Bell-embroidered waffle robes to the taco-shaped sugar cookies left on the hotel pillows. The first-day of the immersive event was attended by social media influencers, Millennial and Gen X celebrities, media and special fans -- including a couple celebrating their honeymoon after getting married last month at the Taco Bell Cantina in Las Vegas.

Related: Taco Bell to charge at least $169 a night for themed hotel

The biggest reveal on the first day: Taco Bell let fans sample a yet-to-be released national menu item. The Toasted Cheddar Chalupa is the brand’s twist on the classic chalupa.

Want to learn more? Take a look at our gallery.