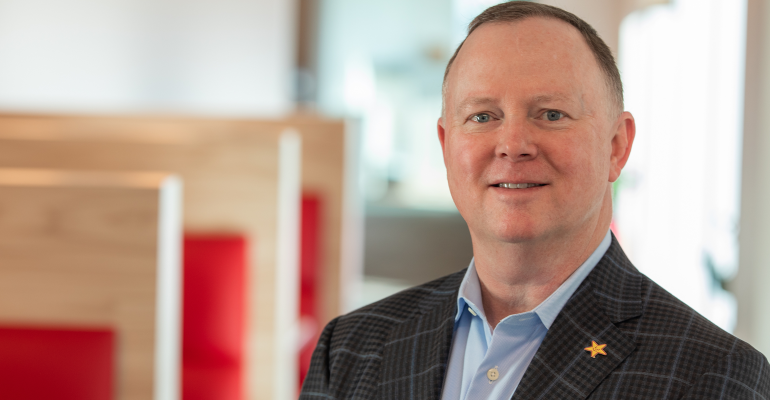 The Franklin, Tenn.-based parent to the Carl’s Jr. and Hardee’s brands did not say where Marker, who had served as CEO since April 2017, would be going.

Lyerly has worked with the company for more than 30 years, most recently as CKE’s international president, a position he held since 2014.

“Lyerly has contributed to the development of more than one third of the company’s restaurants, including the rapid expansion of its international division from 50 restaurants to almost 1,000,” the quick-service company said in announcing the appointment.

Marker was the architect of the company's efforts last year to market the Carl's Jr. and Hardee's brands separately as two distinct regional brands.

“Our brands each have tremendous heritage built on great products, great people, great experiences and decades of performance,” Lyerly said in a statement. “We will leverage these equities to solidify our place as QSR brands of choice with best-in-class menu offerings centered on premium products and industry-leading guest service.”

Ezra Field, a member of CKE’s board, added: “Ned is a focused leader and proven restaurant operator who is deeply respected by many within CKE’s franchise community. His track record of success, passion for our brands, and deep understanding of the business make him the right leader for CKE going forward.”

CKE is a privately held company. Its Carl’s Jr. Restaurants LLC and Hardee’s Restaurants LLC divisions have more 3,800 franchised and company-operated restaurants in 44 states and 43 foreign countries and U.S. territories.

Update April 12, 2019: This story has been edited to include background on the brands' marketing efforts.