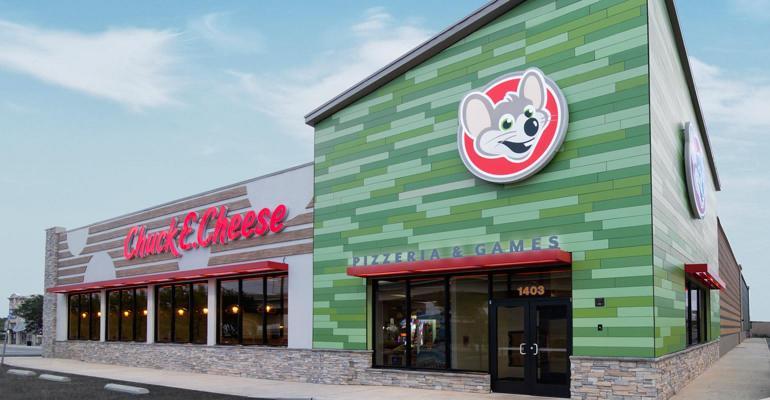 CEC Entertainment Inc.’s same-store sales for the second quarter ended June 30 were up 0.4% and the Chuck E. Cheese’s parent has elevated the private-placement threshold in its impending merger with Leo Holdings Corp. to $114 million, an increase of $14 million, the company said Monday.

The Irving, Texas-based company, which also owns the Peter Piper Pizza brand, said Leo Holdings expects its shareholders to vote on the proposed merger, announced in April, by the end of July and for it to close shortly thereafter. The deal will return CEC to the public markets.

The companies said that with the closing of the deal, additional investors will purchase $114 million of Leo common stock in a private placement, an increase from the earlier target of $100 million for the private investment in public equity, or PIPE.

“This reflects an incremental $14 million investment of primary capital on the same terms as other PIPE investors, the substantial majority of which is being made by a highly respected investor with a strong track record in the consumer sector,” CEC said in its Monday statement.

CEC said that the balance of $200 million that Leo Holdings has raised and holds in a trust account, along with the $114 million in private placement proceeds, “will be used to pay down indebtedness and de-leverage the company's existing capital structure as well as pay expenses associated with the transaction.”

"The additional proceeds funded through the private placement reflect these investors' strong confidence in the transaction, while lowering the proceeds necessary to meet the minimum cash requirement under the business combination agreement from 75% to 68% of cash in trust," said Lyndon Lea, Leo Holdings chairman and CEO, in a statement.

CEC, meanwhile, reaffirmed earlier guidance for the year and said same-store sales increased 0.4% in the second quarter and 4.5% in the first half of 2019.

"We generated our fifth consecutive quarter of comparable venue sales growth due to the positive impact of the All You Can Play game packages and More Tickets initiatives and despite the estimated 1.8% negative impact from the shift of Easter and the corresponding timing of spring breaks in the second quarter 2019 versus the first quarter 2018,” said Tom Leverton, CEC’s CEO, in a statement.

Leverton said the company’s reimaging program was on track to complete its target of 60 remodeled locations in the second half of the year.

As of June 30, CEC and its franchisees operated a system of 609 Chuck E. Cheese's and 141 Peter Piper Pizza venues, with locations in 47 states and 14 other countries and territories.