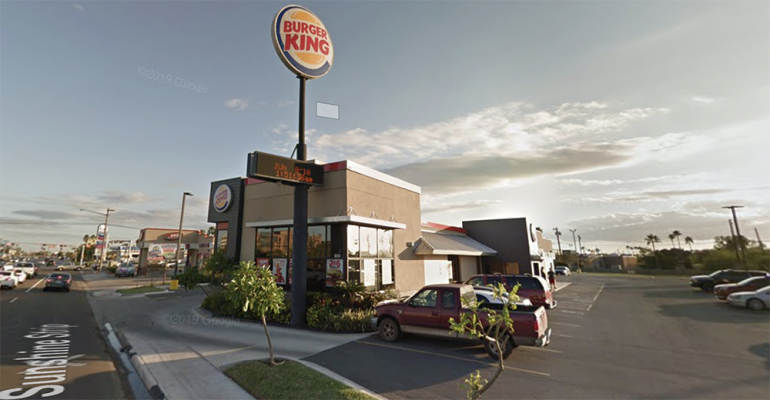 Burger King Corp. is suing a Texas operator to remove its trademarks from 37 restaurants in South Texas after ending franchise agreements in the wake of a television station’s investigation of rats in at least one Harlingen, Texas, unit.

Burger King said it had notified Fritz Management on March 22 that it was in default on 34 franchise agreements in South Texas and three additional agreements in Brownsville, Texas, after February inspections and a publicized rat incident.

The local Telemundo 40 station in February aired an investigation into reports of rats and baby rats in a Harlingen unit at 1902 S. 77 Sunshine Strip. That unit remains closed.

Burger King, in its lawsuit, said the franchisee’s sanitary practices had exhibited “conduct which is deleterious to and reflects unfavorably on them and the Burger King restaurant system by exhibiting a reckless disregard for the physical and mental well-being of employees, customers, BKC representatives or the public at large.”

The company is seeking an injunction to have Fritz Management and Perales remove all Burger King logos and trademarked items from restaurants in Brownsville, Harlingen, McAllen, Pharr, Weslaco and several other communities in South Texas.

Emailed questions to Sun Holdings and Burger King had not been returned by press time Tuesday.

Burger King said in lawsuit that the “defendants’ conduct negatively impacted sales” in the designated market area. “This impact has worsened over time,” the suit states.

"Burger King exercises strict quality control over every phase in the marketing of its products and services," the suit claimed. "The carefully nurtured image which BKC now enjoys will be irretrievably injured by any association with the Texas restaurants."

The company is asking the judge to order the removal of all signs and trademarks and change the look of the restaurants to avoid confusion. It is also asking for unspecified damages because of the breach of the franchise agreements.