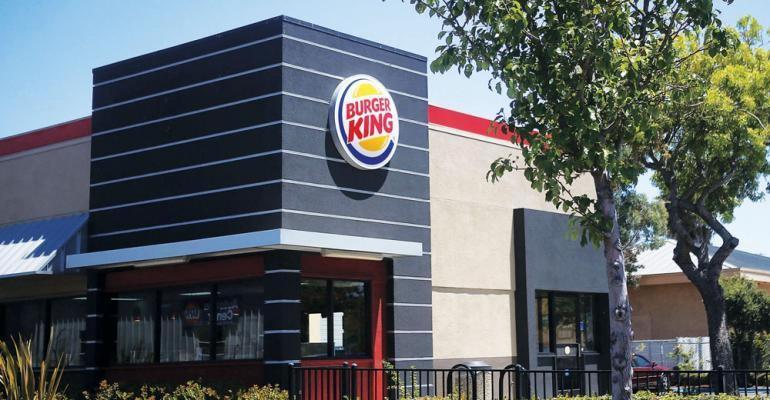 “We took price in 2021 at each of our brands and given the level of commodity costs and labor inflation we’re seeing, we expect additional price increases in 2022 and are working closely with franchisees to make the best decision for guests and our franchisees’ P&Ls,” said Jose Cil, RBI’s CEO, though he declined to characterize the expected prices increases ahead.

In addition, the Toronto-based RBI outlined its “proactive” approach to addressing the labor crisis, offering its operators a toolkit for hiring and retention, expanding field support and training and looking for ways to simplify back-of-the-house processes to make it easier for franchisees to keep their restaurants staffed.

Same-store sales among U.S. units specifically declined 1.8% for the quarter and declined 2% for the year, which Cil blamed on staffing challenges and competitive pressures from the crowded chicken-sandwich space.

Reduced operating hours and service took a 1% bite out of same-store sales, Cil said. But he was optimistic a Megan Thee Stallion Hottie Sauce collaboration would continue to help drive Gen Z and Millennials to snack on nuggets.

Popeyes had a milestone year of growth in 2021, surpassing the 3,000-unit mark in the U.S. and Canada and ending the year with 3,705 units, a 7.4% increase. Cil said the company has no intention of slowing down.

In 2021, the brand signed development agreements to move into India, the United Kingdom, Saudi Arabia, Romania and France, as well as expanding growth into Mexico. This year, Popeyes announced plans to open for the first time in South Korea.

Burger King ended the quarter with 19,247 restaurants, a net increase of 3.3%. For the quick-service chain, same-store sales increased 11.3% for the quarter and 9.3% for the year.

Tom Curtis, president of Burger King U.S. and Canada, said the chain in December rolled out the first of two waves of menu simplification, removing low-volume items and streamlining some product builds.

Curtis said Burger King is focusing now on the digital guest experience, rolling out digital menu boards to all of the U.S. and Canadian store drive-thrus by mid 2022, and expanding the loyalty program.

“There's no doubt for everything that I've seen at Burger King that we have a lot of opportunities to make it easier for guests to order from us online with way fewer clicks to complete an order and by implementing a consistent, easy-to-enjoy pickup experience,” Curtis said.

Burger King plans to lean into its multi-billion-dollar Whopper, saying extensions and innovations around the iconic burger are coming, some of which have proven to be winners in international markets.

Addressing the labor woes impacting the industry, Curtis said Burger King has increased its corporate field and training positions across the U.S. and Canada by more than 50% since the start of 2021. The franchisor is also working with operators to give marketing insights on competitive wages and benefits to help them attract and retain talent.

Cil credited enhancements to breakfast offerings, including the steak-and-egg breakfast sandwich and grilled wraps launched last year, as well as the relaunch of espresso-based drinks in November.

Tim Hortons also drove visits with its NHL trading card promotion and the collaboration with Canadian pop star Justin Bieber and the hugely popular Timbiebs, which Cil described as “one of the more successful traffic-driving initiatives in recent memory and outperformed our internal expectations.”

Cil, who called himself a “Belieber,” said more is coming from the partnership in the year ahead.

The quarter ended with 5,291 Tim Horton restaurants, up 6.9%. Cil said there is a “very attractive path to expand the Tim’s brand around the world. We already have an established presence in 13 countries and are actively adding to this footprint through our robust development pipeline.”

In the U.S., where Tim Hortons had the best year of growth since 2016 with smaller-format units and a streamlined menu focusing on beverages, baked goods and hot breakfast sandwiches, the chain is moving into the new market of Houston for the first time this year.

It was also the first earnings report that includes Firehouse Subs, which RBI acquired on Dec. 15. Reflecting only a partial quarter, the sandwich reported a same-store sales increase of 14.7% for the quarter and 20.9% for the year.

Cil noted the growth of digital sales for RBI’s brands, which grew to $10 billion in 2021 from $6 billion the prior year. Global digital sales represented about 30% of systemwide sales, he said, and that’s a big improvement from four years ago, when the company had virtually no digital sales in major markets.