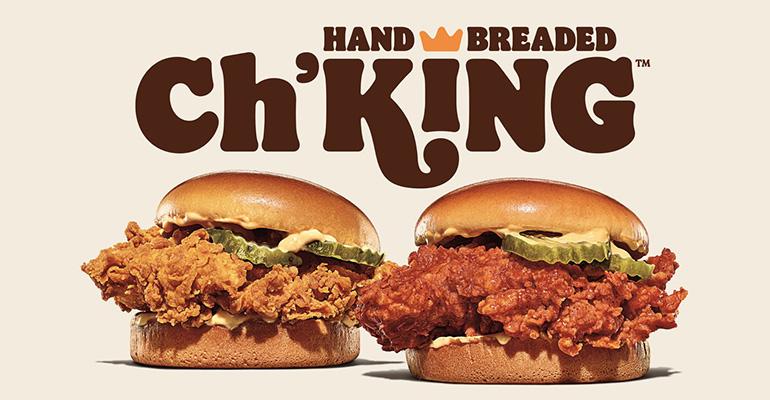 Named the Ch’King, Burger King said the new sandwich will be offered in several versions: regular, Spicy Ch”king and either in Deluxe, which includes lettuce and tomato but no pickle. All feature a hand-breaded chicken filet on a potato bun with a signature sauce.

The division of Toronto-based Restaurant Brands International Inc. is promoting the Ch’King through June 20 with a giveaway of a free Whopper sandwich when the chicken sandwich is ordered on the smartphone app or through the website.

Burger King has tested the Ch’King in isolated markets. In Dallas, for example, the franchised stores are currently offering all versions of the Ch’King for $5.29 each.

“Our guests said it best, our hand-breaded Ch’King sandwich is our greatest yet,” said Ellie Doty, chief marketing officer for Burger King North America, in a statement.

“We said we would create a delicious hand-breaded chicken sandwich that was worth the wait,” Doty said, “we just didn’t anticipate that it would turn out quite this good.”