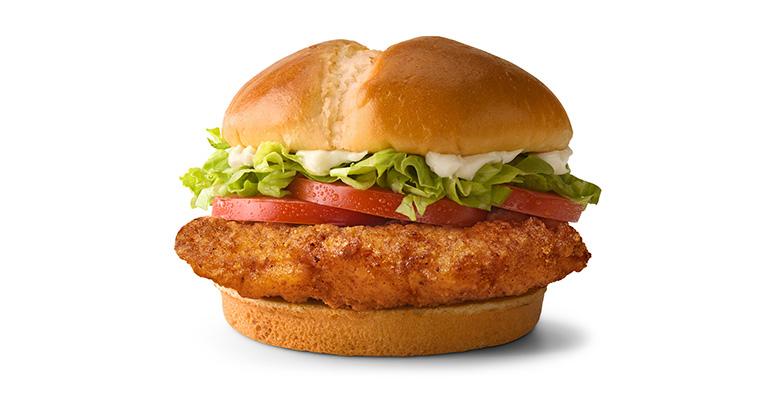 New platform will be offered in three versions: crispy, spicy and deluxe

McDonald’s Corp. will add three versions of its new chicken sandwich to its lineup systemwide on Feb. 24, the company said Monday.

The Chicago-based quick-service brand has been testing versions of the new chicken platform for the past year.

“We’re confident all chicken fans — from traditionalists to spice enthusiasts — will discover a new menu favorite they’ll come back for time and time again,” VanGosen said.

The company has been conducting isolated tests of the new chicken sandwich since late 2019.

McDonald’s franchisees have been concerned about the quick-service threat from Atlanta-based Chick-fil-A, with an operator survey last year indicating 89% saw that brand as McDonald’s biggest rival.

McDonald’s said the February introduction will include a:

In an investor presentation in November, Joe Erlinger, president of McDonald’s USA, said a new chicken platform was a priority for the burger giant.

“Developing a reputation for great chicken represents one of our highest aspirations,” Erlinger said. “We want customers to choose McDonald’s for chicken because of the unique, craveable flavor that they can only get under the arches. To get started, we listened to consumers, to understand our current barriers and potential.”

Erlinger held out hope for the new chicken sandwich’s impact.

“We believe it’s going to jump start our chicken journey, build our chicken credentials and get people to start looking at us differently,” he said.

The company also said it will introduce a plant-based burger in some markets this year.

McDonald's has about 39,000 locations in more than 100 countries. About 93% of McDonald's restaurants worldwide are operated by franchisees.