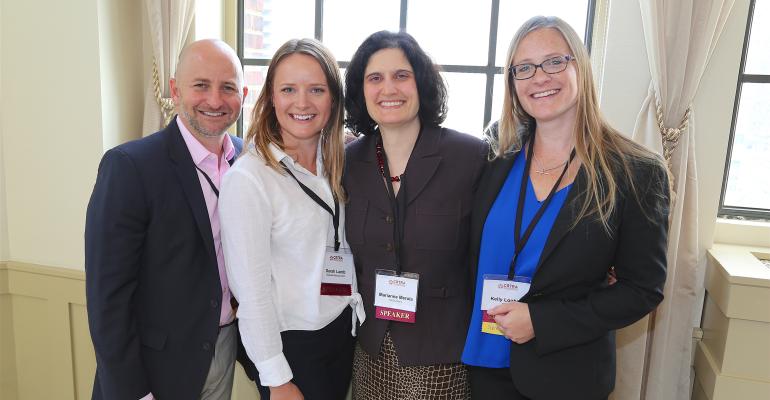 Restaurant companies are increasingly reaping rewards from employee benefit programs such as tuition assistance and other educational advancement, leaders in such companies as McDonald’s Corp. and Chipotle Mexican Grill say.

The burger giant has offered more than $22 million in college and high school tuition and seen more than 2,000 employees participate in the career online high school program, she said. Nearly 400 have graduated. McDonald’s program offers tuition assistance of $2,500 a year and a third-party adviser for free education planning.

“Just this weekend I got an email from one of our franchise owners in Michigan,” said Merola, and the McDonald’s franchise owner had just had an employee graduate from the high school program. “This person is already enrolled in college through the program.”

Merola said it helps reduce turnover, because employees stay to finish the program and even longer to get the college tuition reimbursement. “Anything that can help bring turnover down is tremendous,” she said.

Merola said internal McDonald’s surveys found 65 percent of those who graduated from the educational programs said they gained skills that they could use in their current jobs.

Chipotle has seen an impact on employee retention rates as well, Lamb said. Of those who participated in the tuition assistance program, Chipotle found it had a 98 percent retention rate in the first 90 days for employees enrolled in the program compared to what Lamb called “significant” churn for those employees not in the program.

For the next nine months, that retention rate slips to only 89 percent, Lamb noted.

“We are losing a little bit, but certainly not like we are among employees not engaging in these types of programs,” Lamb said.

Hourly Chipotle crew members in the benefits program, who have to have a year of service to be eligible, are three and a half times more likely to be promoted into the next-level positions than their non-program peers, Lamb said.

“We really encourage our employees to come with us and hopefully continue through to general manger and eventually the restaurateur program,” she said.

Chipotle’s program also offers a tuition-reimbursement program for corporate staff and salaried managers, who are eligible for up to $5,250 a year at any accredited university.

In 2016, the company also partnered with Guild Education to offer hourly workers, after one year of service, discounts to universities as well as financial aid advising and one-on-one coaching.

Even smaller restaurant companies are finding advantages to offering educational benefits. The 10-unit Anaheim Hills, Calif.-based Slater's 50/50 touted its “Dishes to Diplomas” program during a June hiring push for its Las Vegas opening.

Slater’s program offers up to 100 percent tuition reimbursement for eligible employees. Team members must be enrolled in a full-time program at the University of Nevada-Las Vegas or the College of Southern Nevada and studying toward a two-year associate degree or four-year undergraduate degree. Maximum reimbursement is 12 credits per semester, or 24 credits per academic year, and team members must maintain 40 available hours per week for shift scheduling.

“In the Las Vegas hospitality industry, we often meet great people who postpone college to work in restaurants,” said Cindy Sun, general manager of Slater’s 50/50 Las Vegas, in a statement.

“While we are thankful for the team members who choose to work for us, we also recognize that for some we are a pitstop along the journey toward their dream career,” she said. “We want to encourage them to finish school so that they can contribute to our community in a field that they are truly passionate about.”

This story has been edited to correct the participation and graduation numbers for McDonald's.
TAGS: Workforce
0 comments
Hide comments
Related
Sponsored