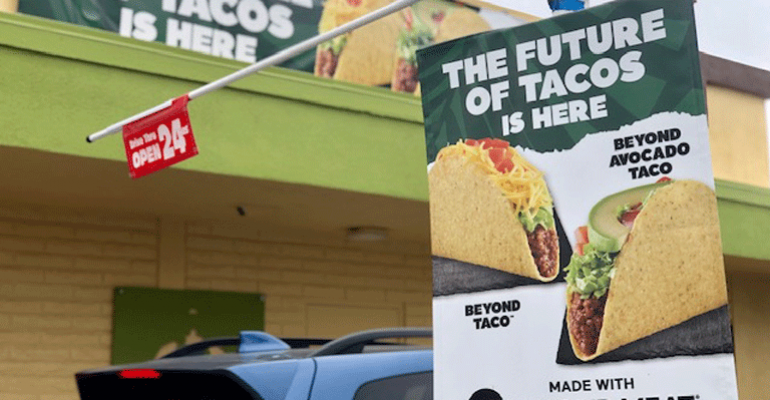 Nancy Luna
Del Taco has been promoting its plant-based tacos heavily at restaurants, including this location in Orange, Calif.
News>Quick Service

The Lake Forest, Calif.-based Mexican quick-service chain said the brand’s Beyond Meat tacos, which debuted in April, have become one of the best-selling new products in Del Taco’s history. To date, the company has sold about 2 million tacos, ranking it alongside other top-selling new products such the 2016 launch of The Del Taco.

“The feedback from consumers has been overwhelmingly positive,” said Barry Westrum, Del Taco Restaurants Inc.’s chief marketing officer, in an email. “Vegans and vegetarians have referred to them as ‘game-changers,’ because it has allowed them to visit Del Taco with friends and family for the first time - in some instances - in decades.”

Westrum said the popularity of the meat substitute extends beyond the two different Beyond Tacos offered on the menu. 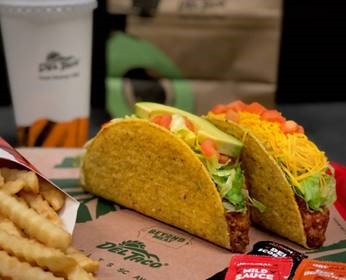 “We have seen these consumers not only buy Beyond Tacos at a high rate, we have also seen them include, in the same order, substitutions for Beyond Meat in burritos, nachos and loaded fries, all across the menu,” he said. “As you can imagine, this creates lots of interesting areas for our product development teams to explore in the future.”

The $2.49 tacos are made with seasoned, plant-based crumbles from Beyond Meat Inc., which had a blockbuster initial public offering in May.  Westrum said the Beyond Meat raw ingredient is sent to a third-party for blending with Del Taco’s signature recipe.

“It is prepared in-restaurant similar to our traditional ground beef, using separate utensils than our animal-based proteins to maintain the integrity of the product,” he said.

To leverage the popularity of the alt-meat tacos, Del Taco said it is adding two new Beyond Meat items to the menu starting Thursday: Beyond 8 Layer Burrito and Epic Beyond Cali Burrito. 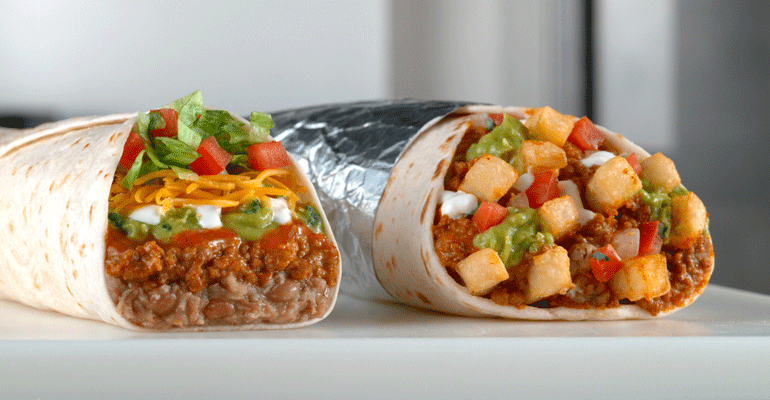 The new burritos signal to the consumer that the Beyond Meat tacos are “not a one and done effort,” Westrum said. 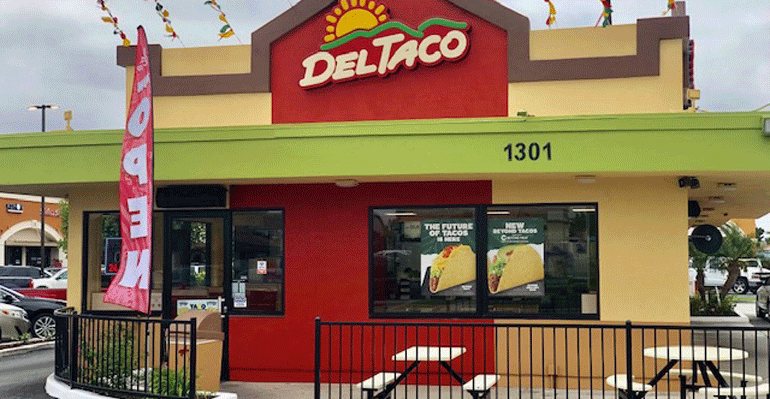 The plant-based movement is not a fad, according to recent statistics.  Restaurant sales of meat-alternative products jumped 268% from 2018 to 2019, according to data from group purchasing organization, the Dining Alliance.  The popularity of meatless meals, which is embraced by both vegetarians and flexitarians, has prompted new suppliers to flood the market including chicken giant Tyson Foods Inc.

Del Taco maintains that it is the first national Mexican quick-service chain to add a plant-based protein to its menu. The company has about 590 restaurants systemwide.

To celebrate the launch of the plant-based burritos, Del Taco is giving away a free Beyond Meat 8-Layer Burrito with any purchase for app users. Use the promo code “BEYOND8” in The Del App. The offer is valid for seven days starting June 20 at participating restaurants.