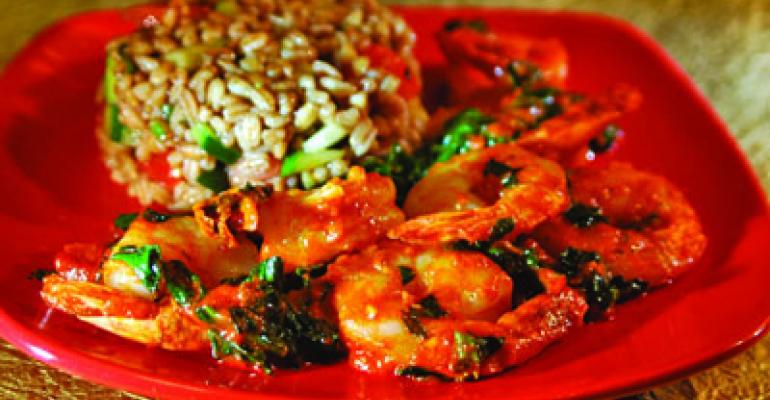 Uno Chicago Grill arguably became the first national chain to install an Indian item on its permanent menu when it added Chicken Tikka Masala as an appetizer last year.

The 145-unit casual-dining chain — which is best known for its Chicago-style deep-dish pizza — has since added a steak version of the dish, said Chris Gatto, executive chef and vice president for food and beverage. More recently, the restaurant developed Shrimp Tikka Masala as a limited-time item for the summer.

To prepare the dish, the shrimp is cooked in a sauce of tomato, cream, onion, ginger, garlic, cumin, cardamom, tamarind, cilantro and lemon.

The shrimp is served with a cold dish of cooked farro tossed with diced plum tomatoes, cucumber and balsamic vinegar.

The tab varies depending on the market, but in Boston the price is $9.99.