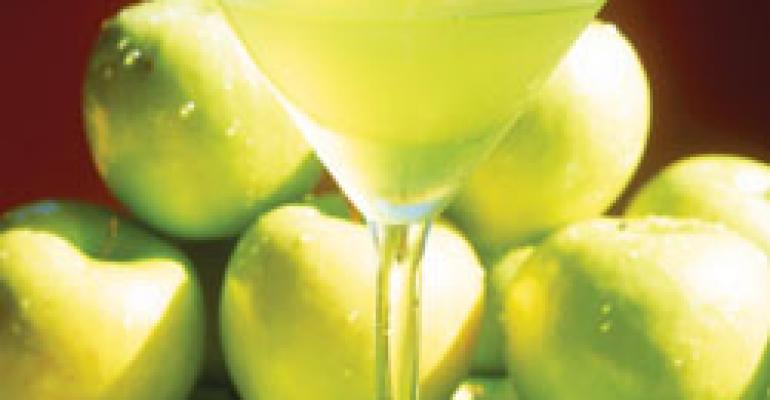 From Wall Street to West Hollywood, operators are fighting dwindling customer traffic and courting penny-pinching guests while taking care not to cheapen their brand image or train guests to expect never-ending discounts.

According to researcher and consultant Ron Paul, president of Chicago-based Technomic, many restaurateurs these days risk imprinting low-price expectations in consumers’ minds and attracting a bargain-hunting clientele they may not want as regulars.

“On the other hand,” Paul said, “what are you supposed to do, let your business go away?”

Indeed, the use of bargain-priced food and drinks to entice reluctant customers is helping recession-pinched operators fill formerly empty seats in full-service restaurants that otherwise could go begging for business.

Late-afternoon happy hours are a time slot that many have found to be lucrative. Even the venerable, 67-year-old Marine Room in La Jolla, Calif., now offers discounted $7 drinks and complimentary plates of artisanal cheeses from 4 p.m. to 6 p.m. on weekdays.

“By 4:30 or 5 o’clock, we have a full bar,” said executive chef Bernard Guillas. “It’s really, really nice. It’s amazing. People are so happy. They come back with seven or eight people.”

Guillas said upscale restaurants like the Marine Room must heed their market niche when offering free food to build traffic.

“In fine dining, you can’t do chicken fingers,” he said, explaining why he gives away fine cheeses in an establishment whose per-person dinner tab averages about $75. “The bottom line is that a restaurant that’s empty has no energy. You have to look beyond the promotion and look at what it will bring in the long run.”

One benefit may be Guillas’ strong bookings of holiday parties.

“From mid-November to the end of December, we are packed,” he said.

Similarly, in suburban Minneapolis, business on normally slow Sunday nights at Pittsburgh Blue, owned by Parasole Restaurant Holdings, is up 100 percent since the moderately priced steakhouse began offering $8.95 “Sunday Suppers,” spokesman Kip Clayton said. Nightly guest counts have risen from an average of 150 previously to 350 now, and most checks are $20 or higher.

“We’re not losing money at all,” Clayton said, explaining Parasole’s strategy for maintaining its standard price structure even while dangling a discount lure.

Parasole has extended the blue-plate specials to some of its 10 other restaurants and lounges on Sunday through Thursday nights, but with only one special nightly, such as pot roast or fried chicken, and never discounting any item that regularly appears on the menu.

Another newer Parasole special for normally slow Monday nights is the “10 wines, 10 bottles for $10” offering. By working with its local wine vendors, Parasole is able to get volume discounts on excess inventory or lesser-known wines and still make a profit, Clayton said.

Parasole is getting an overall spike in guest counts of between 5 percent and 10 percent from the value promotions.

“It’s a market-share gain; when times get better, you don’t have to rebuild your customer base,” Clayton said.

Selling wine at retail prices is proving to be an added profit center for restaurants with a retail wine or liquor license, such as Café Pyrenees, a French bistro in Libertyville, Ill., a Chicago suburb. Retail wine purchases make up 12 percent of the restaurant’s projected $1.9 million in 2008 revenues, which are surpassing last year’s $1.6 million in sales, said co-owner Mari Loustanau.

The 18-year-old bistro offers many specials that fill seats on slower week nights, including “1990s Night” on Tuesdays, “Wild Wine Wednesdays” with wines at $3 per glass or $8 per bottle, and “Twisted Tap Thursdays” with $2 drafts, $3 bottled beer and a fixed-price, eight-course tapas menu.

Even with the special prices, Café Pyrenees has a $30 dinner check average.

“People splurge on food if they save on wine,” Loustanau said.

In the Wall Street district of Manhattan, several restaurants and bars are seeking to capitalize on the stock markets’ woes by wooing cash-strapped office workers with affordable specials given tongue-in-cheek names. The restaurant Trinity Place is offering $3 drinks from 3:30 to 5 p.m. every day that the market is in the red. With its “If the Market Tanks, Get Tanked” promotion, the place is especially lively just before 4 p.m. as patrons wait for the market’s closing bell, said managing partner Jason O’Brien.

Nearby, Todd English’s new Libertine, which opened in September at the outset of the market plunge, is offering “Ales Cure for Ails” between 5:30 p.m. and 7:30 p.m. In addition to three-ale flights for $10, there are $10 “bites,” such as mini burgers, Ritz Cracker macaroni and cheese, lobster roll sliders, and Carpetbagger Oysters.

“It’s not so much a moneymaker as it is being able to keep people coming to the restaurant,” he said, adding that these days, “people are extra-appreciative.”

Appetizers are half-price from 4 p.m. to 7 p.m. weekdays, but drinks stay at full price. Select late-night snacks are free from 10 p.m. to 11 p.m. weeknights.

“It’s working a lot better than I thought it would,” Freyne said. “We make it a bit of fun. We’re up over last year. You have to do whatever you have to do. More volume is what we need.”

Other operators are maintaining a sense of humor as they conduct recession-theme promotions. The Edison Lounge in Los Angeles is featuring “Soup Kitchen Cocktail Hour” from 5 p.m. to 7 p.m. on Fridays, when it serves free grilled-cheese melts and tomato soup with the purchase of 35-cent “Depression Era” libations. One, called “Your 401(k),” is a gin cocktail served in a half-empty glass. Some 400 customers were served on a recent Friday, with one-fourth of happy-hour proceeds going to local food banks, spokesman Greg Rogers said.

Lola’s in West Hollywood, Calif., has renamed its weekday happy hour the “Hard Times Happy Hour” and expanded it to weekend nights, when customers tend to come in later. Lola’s also has extended its $5.50 discounted appetizers until 7:30 p.m. and charges $5 for cocktails made with the premium brands used in its signature martinis, usually $12 to $15.

In Chicago, the restaurant Pops for Champagne is keying its “Penny a Point” promotion to the stock market, deducting one cent from guests’ tabs for every point gain on the Dow Jones Industrial Average on days when it rises. The promotion cost Pops nearly $600 Oct. 28, when the market rose 889.35 points, resulting in an $8.89 deduction to every guest check.

But occasional payouts of that magnitude are worth it, Pops owner Tom Verhey indicated.

“Our long-term goal is to get new customers in,” he said.

A concern other operators express, however, is that many customers may stop coming as often when the incentives are discontinued. But not everyone shares that concern.

“I don’t think guests are conditioned to buy only bargains,” said Lola’s owner Loren Dunsmore. “Eventually, we will go back to happy hours on weekdays only. People won’t expect this to go on forever. That would be naïve.”